I left winter for some time away in the Czech Republic, during which time, among other things, I dressed up as a pregnant gypsy, had to perform the New Zealand traditional powhiri (or haka), gave a speech at a good friend's wedding – but these are stories for a different blog and a different day. Before arriving back to Cape Town on the 4 September, someone had flipped the season switch. While snow still dusted the higher peaks of the Cederberg, a rainbow had melted on the lower slopes and valleys. Among carpets of green, nature was now giving birth to a bounty of beautiful blossoms (the consequence of a lengthy romance with the unusually wet winter).

Almost straight off the airplane, and it was back to work, with some admin in the afternoon, and then the long bumpy Baines kloof pass from Wellington to Ceres. The next day was straight into the mountains for a quick survey around the Christie Prins hiking trail. Since my last survey a few months ago, someone had worked their way around it with a useful can of spraypaint to highlight the route – especially useful as the route to replace the burnt bridge involves crawling through a tunnel of vegetation. Views of the Ceres valley were of blue, green and pink – with dams full and many orchards preparing their confetti loads of blossoms.

My next stops, after a bit of vehicle fine tuning, was Oppiberg in the Koue Bokkeveld. This was also looking beautiful – not because of any expanses of flowers, but because the local variety of conebush (Leucadendron) turns shades of yellow and red at this time of year. The Cape Rockjumpers were still around; and I was also entertained by a large flock of Cape Siskins warming themselves amongst the rocks in the early morning sunshine and foraging among the restios.

Cederberg Oasis, with cheerful hosts Gerrit and Shantal, was my base for the next three days of survey. Many of the succulent plants of the Rooi Cederberg were blooming, blushing the slopes with pinks and purples. Layard's Titbabblers were in full celebration. The Cape Rockjumpers of Sandrif were still protecting their territory, although my walk to the Wolfberg Cracks was so much quieter than my last experience in terms of human traffic to this landmark destination of the Cederberg. The threat of an approaching cold-front may have been the reason, as clouds and vangaurds of rain breached Uitkyk Pass in a fruitless quest to find the dusty Tankwa Karoo.

The rain meant a slight change of plan, and instead of camping at Algeria, I headed north to Clanwilliam and the Pakhuis Pass, hoping for better weather north and east. Heuningvlei Lodge was my target, and as before, I was welcomed by the cheerful van der Westhuizens, who made a plan to get me out of the pursuing rain. After a morning of rain enforced statistics the following day, I was able to get out to see if the Striped Flufftail I'd recorded in the summer survey was still around – alas all was quiet amongst the grassy Fynbos, although the reluctantly flowering Protea laurifolia was attracting the attention of many nectarivores, and many other birds were also happy to see the back of the rain. Then after a good nights rest it was up and over the Krakadouw Pass, where those Cape Rockjumpers were also still around, and I was surprised by sighting of a Brown-backed Honeybird.

Then it was a long drive (since I decided to go via the Tankwa Karoo) to Montagu, arriving late in the evening. That didn't stop me from setting off early for Bloupunkt peak, part of the municipal hiking trail. Apart from the usual suite of Fynbos endemics, hundreds of Red-winged Starlings were feeding on flowers of Sugarbush (Protea repens). That is a lovely hike, with other highlights including a mating pair of Booted Eagles (damn that I had pen and paper in hand and not my camera) and a male Peregrine flying into drop-feed a brooding female (with that encounter far too quick for even a speedy, camera ready photographer). Then another long drive back to Blue Hill Escape to get ready for the Baviaanskloof Atlasing Weekend.

Spring is about the flowers. So the following photos are mostly a celebration of flowers of the Cape Floristic Region. 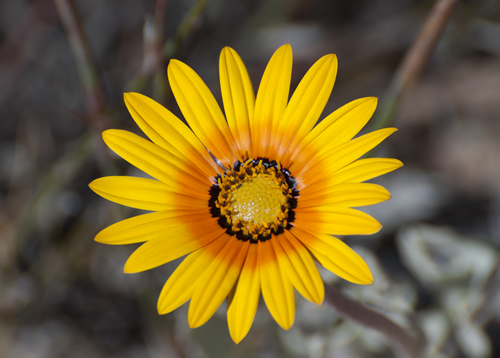 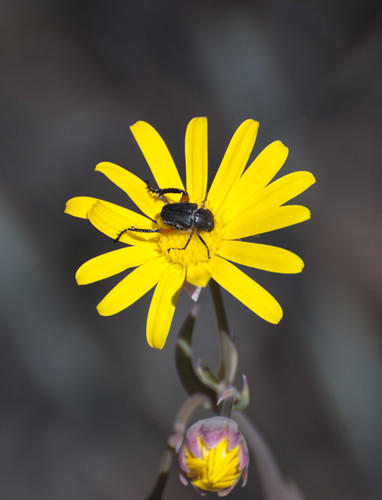 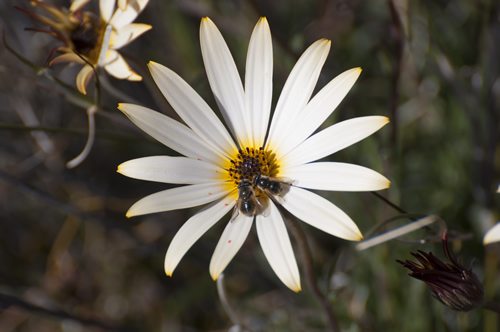 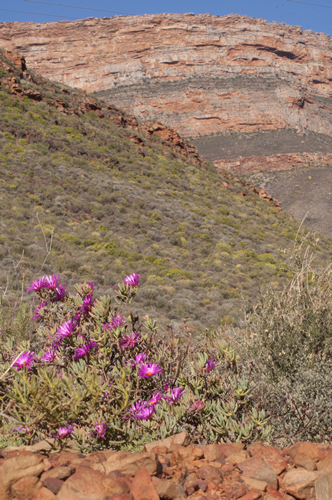 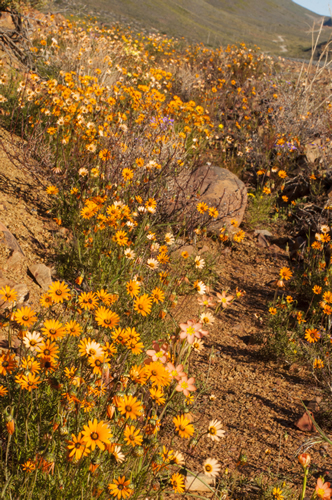 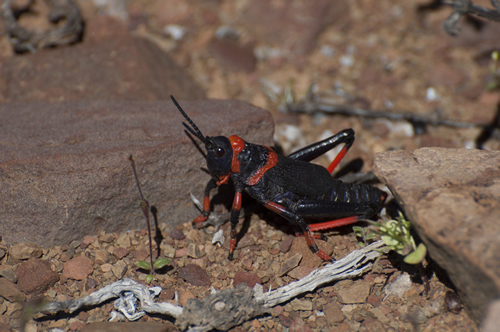 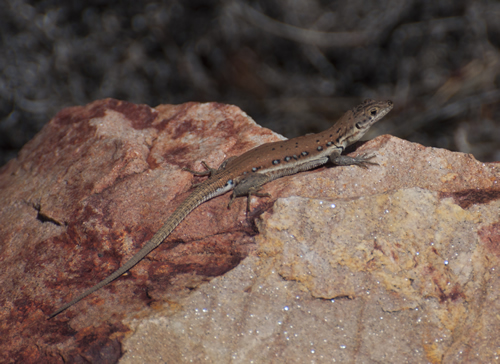 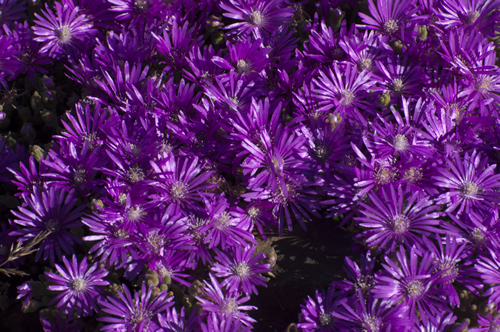 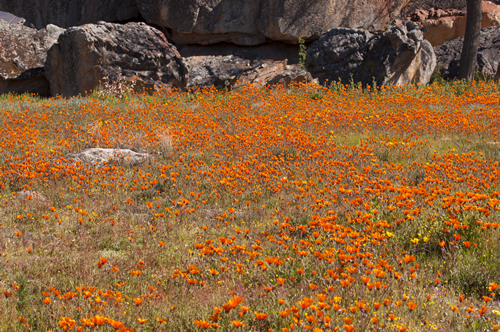