Friday rounded off an eventful, and generally awesome week on the Prince Alfred's Pass. We did not manage to ring on Thursday because I left the ignition on the car and ran the battery flat over night – big DOH! But Friday we were back on the case. We set up some nets on Thursday afternoon, just up from Cloud Cottage (owned by the Dry family who also do great Goat's Cheese) and then camped out. We were treated to an awesome sunrise, and had an adequate haul of birds, but they were fairly scattered out around the Protea eximias while the sunbirds were all enjoying the full bloom of the Keurboom trees in the valley. During a quite period I hid in the bushes and recorded some of the action, including a sequence of a male Cape Sugarbird display.

Note how the tail is put to great visual effect. Tails have been proven to be very important for males, as an experiment that adjusted the size of male tales (by cutting them after they had found a mate) showed that females laid eggs with smaller volume in the nests of males with experimentally shortened tails but larger when the offspring were the result of extra-pair matings. Both these findings are consistent with the differential allocation hypothesis. Tail length may be used by females as a cue for mate quality, eliciting reduced female investment when breeding with social mates; and with males with shortened tails.

A big thanks to Naomi and Ingo from Outeniqua Trout Lodge, and to Katot Meyer from Pienaarsrivier for making the week a good one. 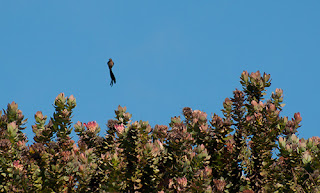 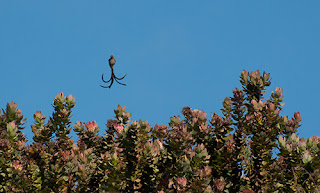 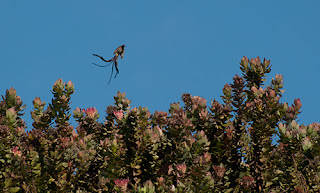 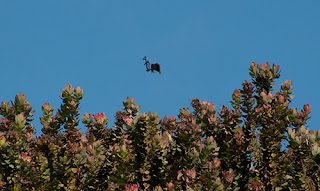 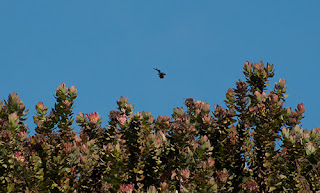 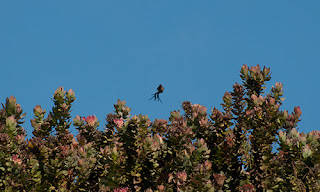 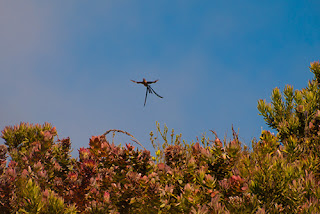 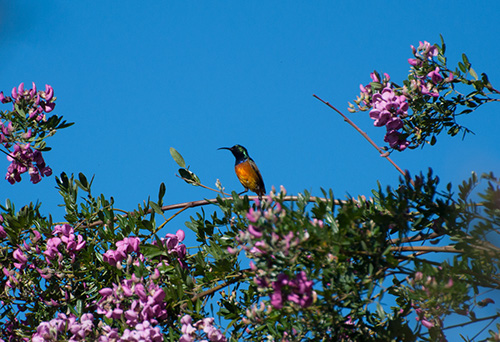 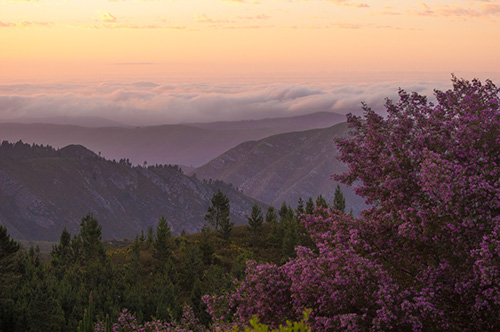