It's been more than a month since the baptism of Prince Harry on 26 October 2013, where he was anointed with his red ring. By this time he may well have fledged and be learning how to surf gusty winds against the blue African sky. It was with a sense of excitement that I rode out with Robyn Milne to check the nest yesterday, with wispy heavens transitioning from sapphire to ruby in the late afternoon. Such trips are always filled  with action – and we were distracted from our bumpy ride to the slopes of Antoniesberg by the complaints of Southern Black Korhaan, ballerina Blue Cranes, and the baleful stares of Steenbok.

Our approach to the nest passed a favourite perch – a termite mound – where previously we had collected several regurgitated pellets (indigestible remains of micey meals). I felt a sense of unease after a quick search revealed no fresh pellets at all. On our approach to the nest, no harrier exploded from the reeds. A closer inspection of the nest revealed broken egg shell, and suspiciously, young reeds were poking through the nest. It was clear the nest had been abandoned for some time.

What would the camera show?

The first photo shows that only twenty minutes after Prince Harry was ringed, that the mother was back in the nest. Prince Harry looks dazed, but healthy. 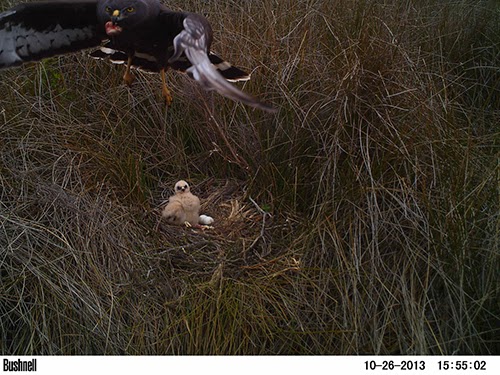 Over the next four days, activity at the nest looks normal – with frequent food drops, and near constant presence of mommy. Prince Harry's primary feathers are starting to emerge quickly – their black contrasting with the chick down. 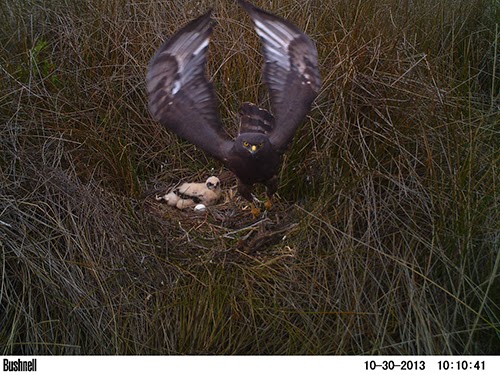 However, on the 30 October it is clear that mommy no longer likes to share her bed with her wriggling son. Prince Harry spends a night alone, with lots of shuffling, but passes the night safely.
She hasn't abandoned him completely – on the following night she is back with him. 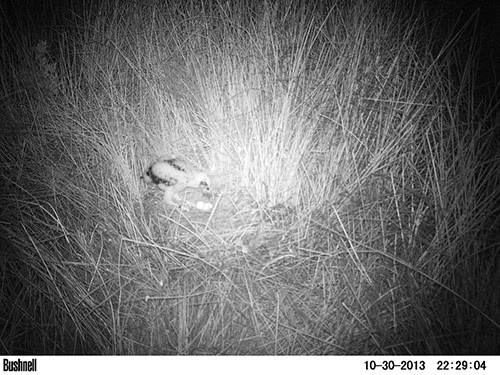 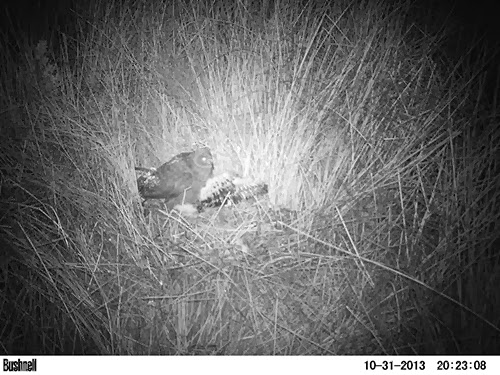 Meanwhile, Prince Harry's growth has been astounding. The following photos show just how big he's grown over the week, and how the feathers are really developing fast. 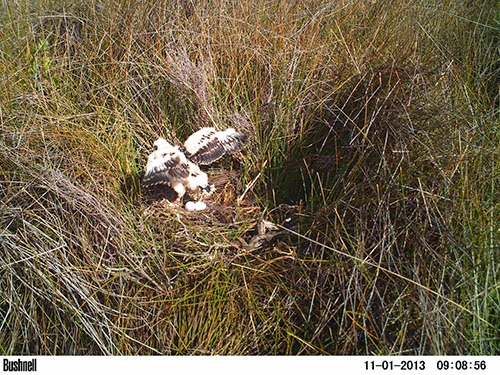 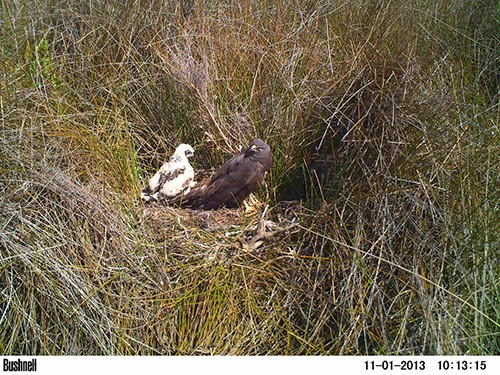 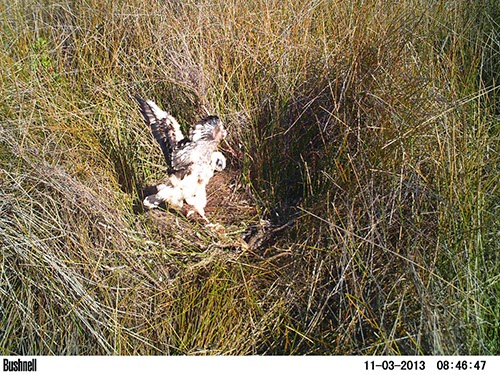 By the 4 November, the young (but spotty) Prince is towering over mom as she tears up his breakfast. But it appears it was to be his last. 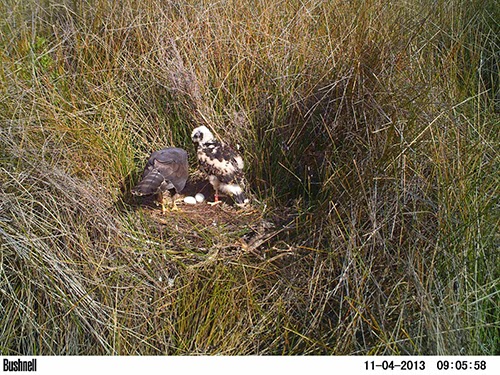 This is the last photo of Prince Harry alive, slumbering peacefully at the edge of the nest. 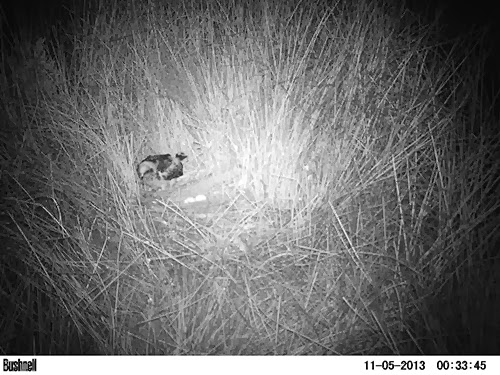 The camera did not reveal too much detail of Prince Harry's last moments – but the feline shape leaves us with no doubt as to who committed this crime. African Wild Cats are common across much of Africa, generally larger than domestic cats they have similar diets – rodents and birds. 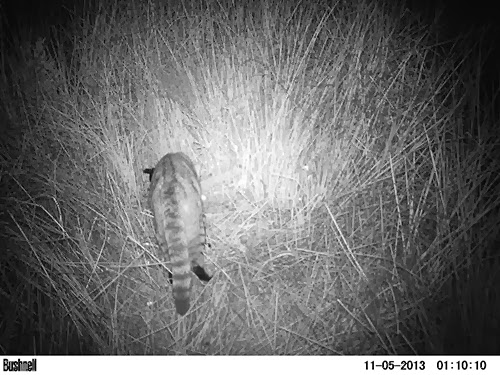 The crumpled corpse lies to the left of the image, gory details hidden by reeds. For the next couple of days the mother returns to the empty nest, is seen bowed over the cold body, and even starts paying attention to the abandoned eggs. 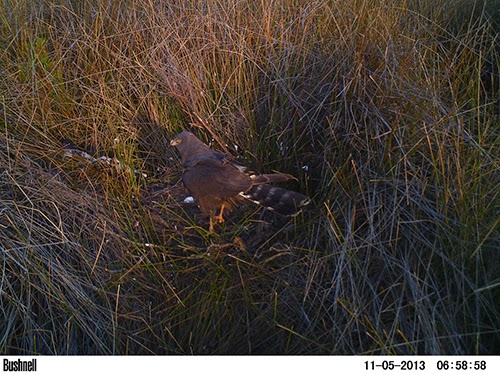 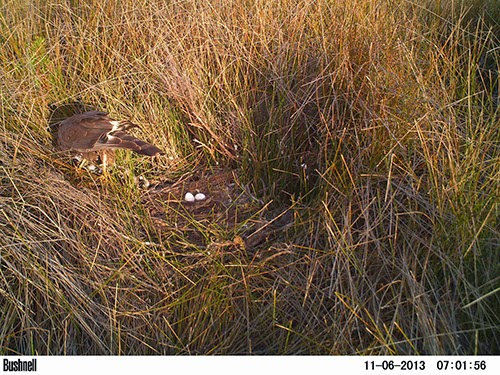 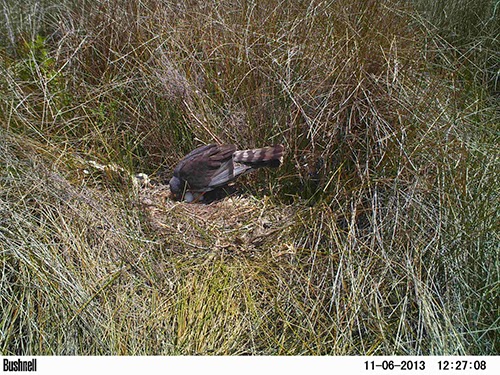 However, a visit from a Small Grey Mongoose ends all hope. 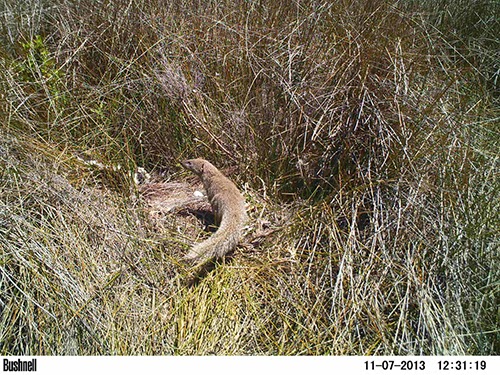 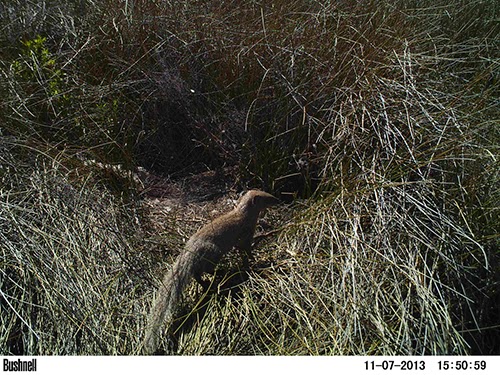 The mother pays one last visit to her empty nest. 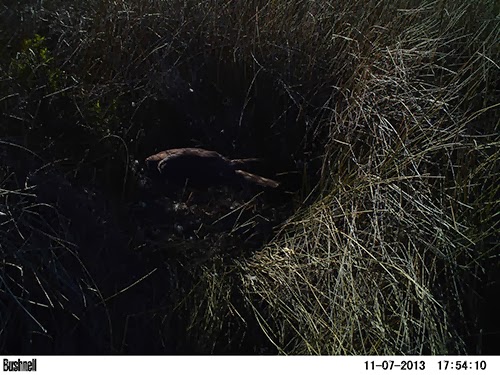 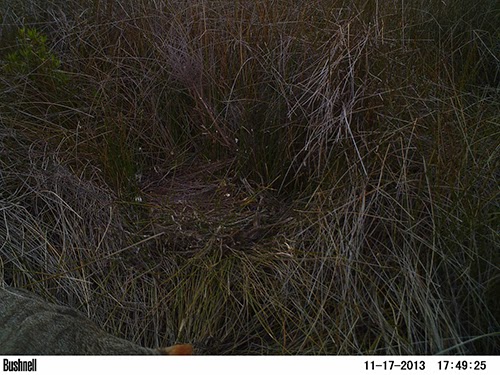