I posed the question above to the Western Cape Birding Forum last weekend for the following photo of a Cape Rockjumper: 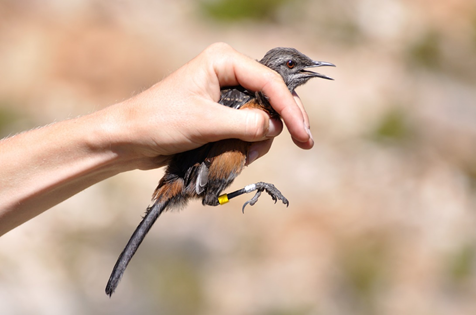 Except it was a trick question. The bird is in fact an immature bird ringed in 2013 during our first round of Cape Rockjumper captures. At the time I registered the bird as a youngster based on the brown, not red, iris, buff wing spots and residual gape. But I also called it a possible female and duly gave the bird a one colour identification ring.

This past season Gavin Emmons was helping Krista Oswald catch more Cape Rockjumpers. He took the following photos of a splendid male – with yellow ring. Thanks to the colour band we know he is the same bird from 2013! Very exciting to get this resighting :) 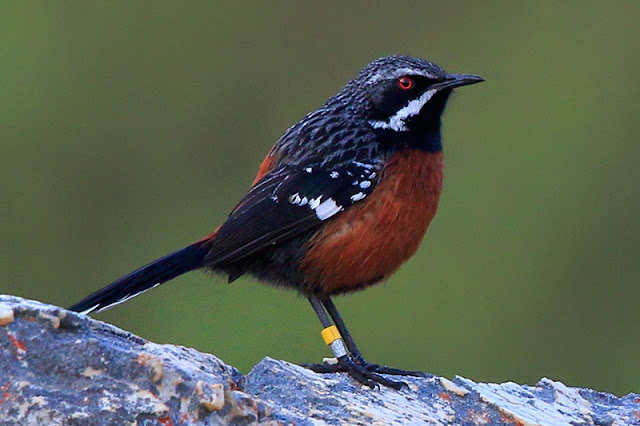 Below is a photo of a juvenile Cape Rockjumper, probably only 1-3 months old, from the Swartberg Mountain range.

And this is how they start off life. Sad thing though: >60% of nests fail; which is pretty much the norm for ground nesting birds. 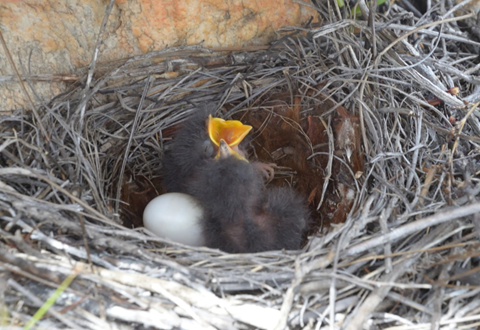