The Witteberge lie unobtrusively to the south of the N1 highway between the towns of Touws Rivier and Laingsberg. A gravel road that starts just south of Laingsberg runs through these mountains, taking one through some of the Western Capes more spectacular scenery. This 70km stretch of gravel is what I chose to explore on my way to the Cederberg two weeks ago. I had expected lucern fields and pasture, but the landscape is mostly wild upland Karoo, interfacing to Fynbos on the higher ridges. Cape Sugarbirds played amongst the giant Protea laurifolia, while the upper slopes looked perfect for Cape Rockjumpers. Driving into the sunset I made the most of the golden hour: 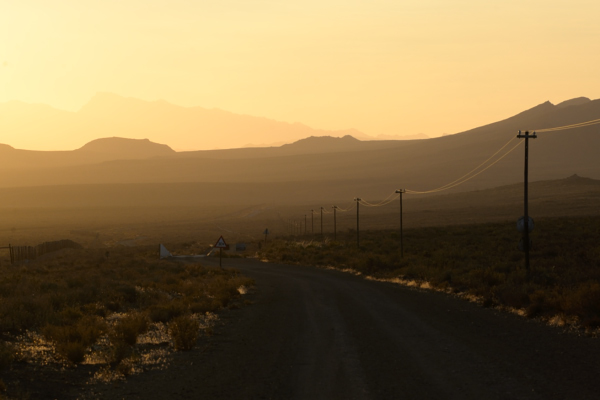 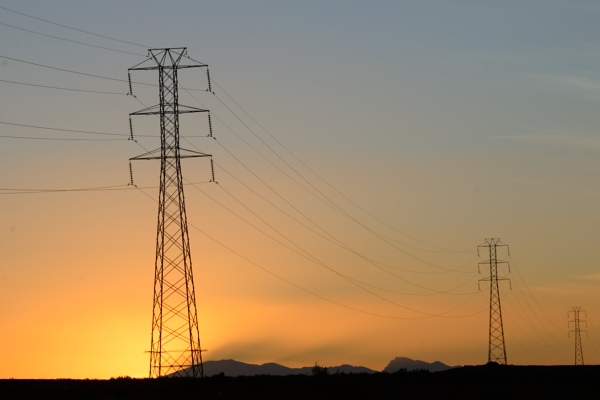 To break up the drive I spent the night in Touws Rivier, indulging in some atlasing in the morning before the drive north. Later in the day in Matjiesrivier I would rendezvous with the survey team for the week, including veterans Dale Wright, Krista Oswald, Audrey Miller, Michael Leach and Brian Haslett. New to the team was Campbell Fleming, who will be doing research into Cape Sugarbird dispersal and genetics over the next two years. I'd lured him to the Cederberg on promise of samples but had only seen one all day, in a garden in the town of Op-die-berg.

CapeNature reserve manager Rika du Plessis had kindly offered us accommodation at her offices at Matjiesrivier, together with the use of rangers for the surveys. With the weather forecast a hot one, we started early in promising habitat near towards Uitkyk pass. While the vegetation had recently burnt and was rather open, within only a few hours in we hit a patch of older fynbos and flushed the first buttonquail to be recorded in the Cederberg (to the best of our knowledge). It was not to be the last.

On the Wednesday the survey team headed for old fynbos on the drier Rooi Cederberg, guided by Willem Titus. While we had no luck with our target bird we were able to enjoy some of the Cederberg's fabulous rock art along the way. Our afternoon survey would take us past the Stadsaal archaeological sites with one of the region's most famous rock art scenes: the elephants. 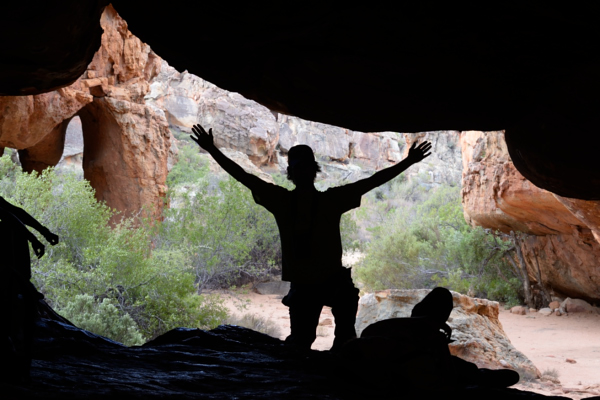 Thursday was to be an epic hike day. We wanted to survey the upland areas, which we knew to be dominated by restios. That survey would take us over the Cederberg past one of South Africa's most spectacular rock formations: the Wolfberg arch. But the hike would be a good one, with a lovely view of a Hottentot Buttonquail on the way off the mountain.

On Friday the team would split: Dale taking most of the volunteers to Winterhoek, with yet more buttonquails sighted. I would head north past Wuppertal to Heuningvlei after no luck surveying the Truitjieskraal area in the morning. On the way to Heuningvlei I gave a lift to Ryno Veloen, would helped to organise some men from the village and their dogs for a Saturday survey. We tallied 9km of surveys and 15km of hiking before lunch time, but without any luck.


All the time I had also been looking for Cape Sugarbirds, feeling guilty for promising some samples for Campbell. Luckily, I finally found a flowering Protea nitida, and spent a busy Sunday morning alone at the nets trapping birds attracted to the flowers. With the mission accomplished it was an overnight stay in Picketberg before Cape Town and meetings Monday morning.

But my week that started 2 Sundays ago is still not over. I drove the 7 hours back to Blue Hill Escape on the Monday evening, and have spent the week ringing with Eben Fourie. Shew.

Again, we are very grateful for the assistance of Rika and the Cederberg and Matjiesrivier rangers. Thank you CapeNature!