‘Ons ry en ons ry en ons ry’. That was my daughters diary entry on only the second day of the recent field trip to the central Karoo, with us somewhere on the way between Beaufort West and Calvinia. The journey had started from Blue Hill on the Friday, via Prince Albert, to spend a valuable hour with guru of the Karoo, Richard Dean. I’ve never not learnt something when spending time with Richard (co-editor of Robert’s 7 and author of several books and numerous papers on arid zone ecology). Our discussions centred on the threat that will be posed to birds by waste water from fracking activity, likely to take place in one form or another at various locations across the southern Karoo region in the future.

My destination for this journey was Calvinia, but I decided to break up the journey at the Karoo National Park: it was school holidays and Eli and Charlie are always keen on camping. Luckily, a berg wind would mean it was not too cold, but the blustery conditions didn’t make being outside much fun either. And its still a long drive from BW to Calvinia, our route leading along the southern boundary of the park, via Fraserburg and Williston. Ons ry en ry en ry, through veld that was grey and black last year when I surveyed here, but now showed plenty of green flush; the bushes that had looked dead revealing life within. 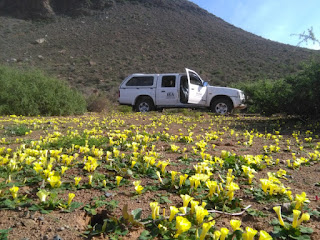 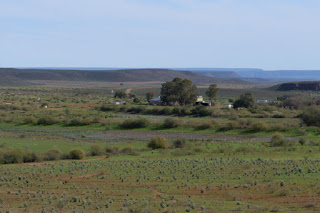 We reached Calvinia in the late afternoon, sun already hanging low in the sky at this time of year. Francois van der Merwe had booked us into the Boekehuis, part of the Hantam Huis complex. No TV to keep children distracted, but an old piano would prove good entertainment. That was until we hit Tierhoek, Francois’ farm: for me a Black Sparrowhawk, and for the family horses, ostrich, alpaca, peacock and baboon. Meanwhile, Francois and I laid out maps to look at the coverage that was needed in the huge Hantam-Karoo and platteland area in order to adequately survey the birds in a systematic manner.

Francois decided that a key man in the area was the lawyer in Loeriesfontein, Aalwyn Muller. This time the ‘ry en ry en ry’ was semi-self inflicted: it is only an hour and half to Loeriesfontein from Calvinia (a rough rule of thumb for the distance between any town in this area is 100km). My father, Chris, had joined us in order to help keep an eye on Charlie and Eli while I tried to keep an eye out for birds. We decided to explore a back route marked on Peter Slingsby’s awesome map of the Cederberg (which includes Loeriesfontein and Calvinia). It was a beautiful drive: 60 mm of rain in the last 2 months now resulting in a wash of green, and on close inspection, also an array of flowers, despite the winter season. Here, you breed when it rains, no matter what the time of year.

In Loeriesfontein we rendezvoused with Robin Colyn, BirdLife South Africa’s upcoming expert spatial modeler. Having completed fine scale distribution maps for Rudd’s Lark and Yellow-breasted Pipit, he is now turning his attention to Red Lark, a species classified as being Vulnerable to extinction according to the latest Red Data book. Together with Francois, we headed to Aalwyn’s office. The lawyer certainly is well connected, and was swiftly able to recommend contacts from Kliprandt to Brandvlei. I was able to meet the first farmers that afternoon, and were certainly interested and amenable to our visiting.

On the Tuesday, Robin and I headed out early to navigate the road that earlier that year had resulted in three puncture’s for Robin. Hot temperatures and sharp shale are a lethal combination. Of course now, mid-winter, temperatures were cool, and the wind turbine site we were visiting was idle with the lack of a breeze (a stark contrast to my last visit). We watched Ludwig’s Bustard navigate the turbines, wondering if there safe passage on this occasion may have had a different outcome on another, windy, day.

So, we wanted to test the Red Lark survey method, and lo and behold, Red Larks were displaying so we could get some live data. There is some concern that their aerial display flights may take them into the danger zone of the turbines. We encountered several displaying Red Lark, and many other birds also consolidating territories in preparation for making the most of the moment. Robin could breathe easy: no punctures on this occasion. 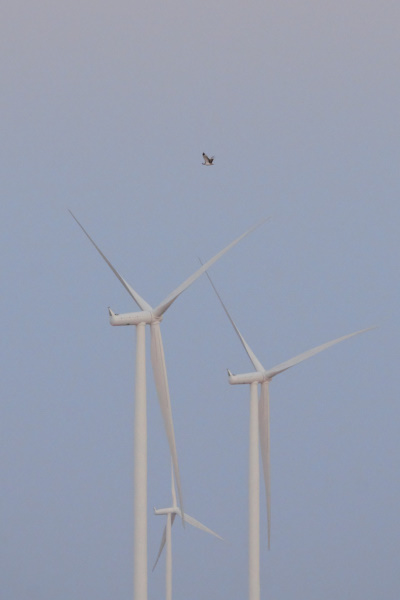 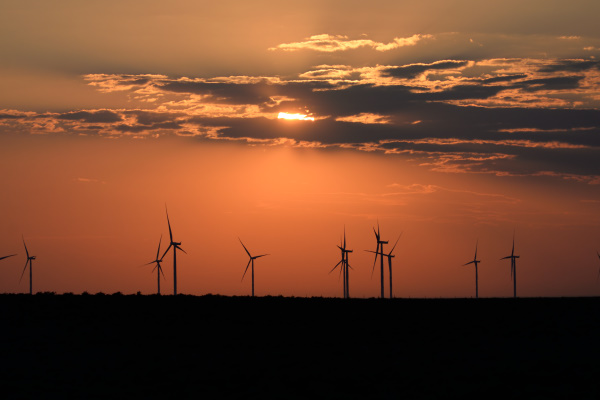 Wednesday, the road took us from Loeriesfontein towards Brandvlei. Again Red Lark were on the birdlist menu, together with Kori Bustard and swarms of Lark-like Bunting and Grey-backed Sparrowlark. Summer rains meant this ‘platteland’ area had tall stands of grass, that was attracting the nomadic species. Pans and dams had healthy amounts of water, with Black-winged Stilt and Pied Avocet. This would be the case at our overnight accommodation too: Oom Benna’s just north of Brandvlei. Charlie would discover that the edges of the dam also have thick sticky mud, and he emerged from his exploration in need of a change of clothes and a bath. 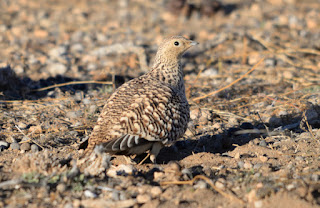 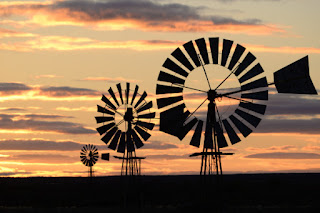 Thursday Chris took Eli and Charlie to find accommodation in Carnarvon. My task for the day was to find landowners who would be willing to have someone survey for birds on their properties. Farms here are massive: 20 000 ha plus. This means there is also a lot of empty land, and the population is sparse. But as a result, humans are friends, resulting in hospitable invites from all the people I’d never met before: coffee and rusks at the first farm; invited to lunch after only ten minutes at the second; and tea and rusks again at the third. Here also the farmer sent a farm-hand out with me to show me a nest: turns out it is a Martial Eagle nesting in the only tall tree in tens of kilometers. But the distances are long: it is past 6pm by the time I reach Carnarvon, and I’m grateful that Chris has the fire for a braai already on the go.

On Friday it was to be the familiar tune: Ons ry en ons ry, except it wouldn’t be quite this smooth this time. A stop on the side of the road for a stretching of the legs would prove more eventful than one would like: after 10 minutes, on trying to start the vehicle again, adrenalin rush as the battery is clearly drained and unable to start the vehicle. Fairly luckily, there happens to be cell phone reception here as we are not far from Loxton – most of the roads and area here do not have reception. Our second piece of luck was that Chris had stopped for coffee and breakfast in Loxton. His would be the only vehicle we would see on the road over the next 20 minutes. The rest of the journey: long and, thankfully, uneventful: well, that is if you can call a couple of sightings of Cinnamon-breasted Warbler uneventful ;) 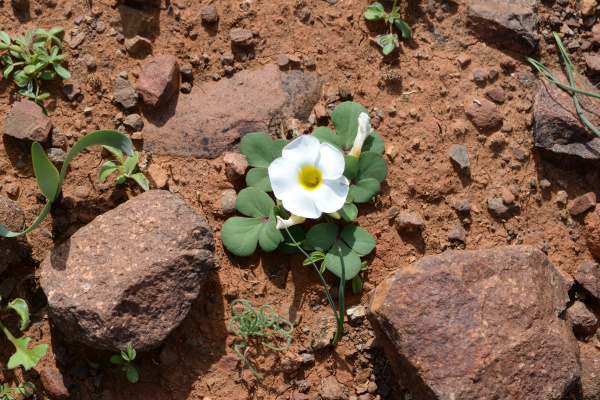