Whats up with Vosburg

Whats up with Vosburg? Aka the secret of the Karoo’s municipal campsites.

Vosburg ‘Come enjoy our shady trees’. On the map it looks like all roads in the Karoo lead to Vosburg: you can get there from Victoria West, Britstown, Prieska and Carnarvon. But it’s a tiny town, and when we arrived it felt like no one was at home as we searched for someone to let us know if we could use the caravan/campsite. Some blokes in the hotel bar gave us a name and directions to a house, where the off duty municipal manager was a bit grumpy at first that we had not made a booking. Not that it is very clear how to make a booking: certainly, I’d tried to find out about who to contact on the web beforehand without success. Never-the-less, she soon turned friendly, and let us in, apologising for the lack of tiles in the basic bathroom. Still, the campsite is actually rather pleasant, with big pine, palm and willow trees around a small dam hidden just out of view. While like most Karoo town, plastic litter decorates the landscape, it’s not as bad as some places. Furthermore, on entering the town you are introduced to the pretty side first. The old settlement area is tucked away to the north of town between some koppies, and is rather small compared to the massive sprawling ghettoes around some towns. As such, Vosburg is alright by me.

I did a survey to the south east of town, and had time to put in an atlas card for the town itself through the afternoon. Surprisingly, it would be only the 5th list ever submitted, and it contained a record 51 species, including Gabar Goshawk and Spotted Eagle Owl. I even solicited a response from an African Rock Pipit in the koppies to the north, and found the first Blue Cranes for the pentad, as well as Southern Grey-headed Sparrows. In the end, when trying to pay for the campsite at the municipal offices, Eskom power was out, so they couldn’t charge me, and we enjoyed 2 nights on the town, quite literally.

Our next stop was Carnarvon municipal campsite, where we’d enjoyed a free night before. Again, for the unprepared, there are no instructions and no contact details to get permission to stay. Unlike Vosburg, the gates are open and you can just go in and camp. We went to the municipal offices to get permission this time, and the man we were directed to didn’t want to charge us either. Like anything free, don’t expect any frills, but there is an old ablution block that still provides hot and running water, and charge points around the campsite. The pine trees here serve as a roost for many bird species, Wattled Starling being the bird of the day on this occasion. Eric did a quick whip around town while I attempted to catch up on emails and chores.

It would be an early start the next day to the koppies between the SKA area and Williston. While Cinnamon-breasted Warbler remained hidden, vibrant plant growth and flowers were providing the basis of a feast for a host of birds, from Large-billed Larks to Sparrow-larks. Eric scored four Verreaux’s Eagles, while I’d have to settle for another hard-won African Rock Pipit. 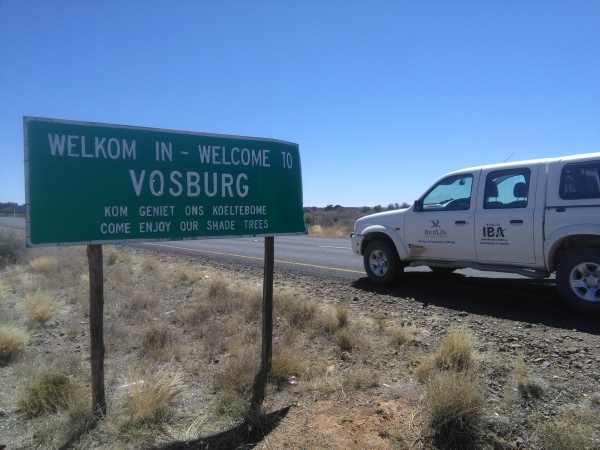 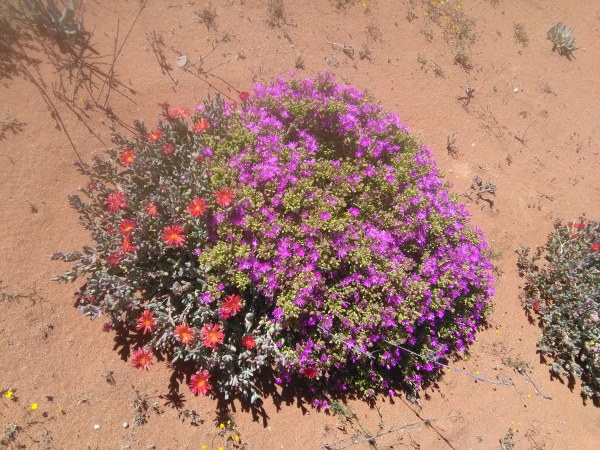