Return to the Amazon: lamentable change observed from a 5 year window of absence


I guess I expected to be shocked. The opening of the Interoceanic highway was well underway already 10 years ago. In 2011, my last visit to the Las Piedras River the last connecting dash of the paved road connecting the Atlantic to the Pacific was being drawn: the Billinghurst Bridge over the Madre de Dios River. In 2011, we still had to use the barge to ferry the research group across this wide tributary of the Amazon; while we watched the last steel girders being carefully placed on this architectural achievement. Once completed there would be no weight limit to the vehicles crossing the river; no more barrier to waiting hordes of bulldozers, graders and giant haul trucks.

In 2003 I first travelled up the Las Piedras River with Emma Hume and JJ Duran, a couple who were in the last stage of building their Amazon vision: a small tourist lodge in the heart of the Amazon wilderness. It was journey to biodiversity paradise that would take us 2 days to complete as we zig-zagged our way by boat into near pristine wilderness. In about 2006 the first arterial road from the Interoceanic highway found its way to the Las Piedras River, a road sanctioned by the local community to facilitate the extraction of Brazil nuts from remote and isolated concessions. On my first journey along this road I bounced along on the back of JJs motorbike as we navigated the dusty road all the way to Puerto Maldonado.

In 2011, this road had been much widened, and there were signs of wood extraction from along the road. By this time the end of this road had a name: Puerto Lucerna, and two small huts had been built by families facilitating the extraction of wood and Brazil nuts. The port was now a busy place: people were very happy that they would not have to endure another 2 days by boat to get to Puerto Maldonado: now it was a mere 3 hours with the paved Interoceanic highway.

Now the lines of these roads into the forest have spread further and deeper than the lines on the faces of those I have known during this long time. The weathering of our faces reaches deep to our hearts, as the roads penetrate deep to the heart of a once unspoilt wilderness.

On this journey, again with Biosphere Expeditions, we encountered several logging trucks leaving with giant trees centuries of years old. The Dipteryx micrantha, also known as shihuahuaco or Ironwood, probably sent their first roots into the earth before the arrival of Christopher Columbus on the continent. Some may have been older than Jesus.

The logging booms have followed cycles over the year. In the 80’s and 90’s until the early part of this century, the boom was in mahogany, locally known as Caoba. As this finished, Cedro and Tornillo became the timbers of choice. This wood could be cut into planks in remote locations, made into rafts and floated down the river. Attempts to control the tide of extraction were met by riots and murder. Now, no tree species are safe.

Caoba and Cedro are close to extinct in the region now. While the Ironwood trees were being targeted by charcoal industry five years ago, remote individuals were safe from attention of wood cutters: the wood is too dense and sinks in water. But the arrival of the main road meant big machinery to clear logging roads, and trucks that could carry entire tree trunks to the timber mills in Puerto Maldonado. During my honeymoon of 2007 inadvertently spent at a hotel on the banks of the Madre de Dios River, my wife and I were counting 10-15 trucks a day carrying 1 – 3 trees each. The genocide is now in full swing: over 20 trucks were counted coming out of one arterial road of the Interoceanic highway alone during this journey.

These Ironwood trees are biological keystone species i.e. species important to the survival of many other species across a range of life forms in the rainforest. The fruit are eaten by bats and parrots. They are the preferred nesting trees of Harpy Eagles and Ornate Hawk-Eagles. The trees have natural cavities formed where thick branches have broken off and slowly rotted away over decades or more. In a study of natural nesting sites of the large macaw species, most were recorded from Ironwood.  Aldo Ramirez told me that while most timber harvested in Madre de Dios is illegal, it all leaves the province as legal wood: it is easy to facilitate the paperwork.


Puerto Lucerna on the Las Piedras River is now in 2016 a small village of an estimated 100 people, all of whom have arrived from highlands of Peru in the last five years. A night with a bottle of rum shared with the settlers will soon result in the telling stories of infringements of the law: this is Deadwood (a tv series documenting the gold rush of the wild west) in real life. Satellite imagery documenting deforestation indicates that there are now major land invasions within the surrounding forest, with people setting up small-scale agroforestry schemes. This invasion is occurring principally in two ecotourism concessions adjoining our study site: the mostly absentee concession owners have had no incentive to deal with this. If they did, their lives would be at risk.

The land invasions are following the roads put in by wood cutters. The players behind the wood cutting can only best be described as a mafia style business enterprise. Promises are made of payments to extract wood from concessions that are never made. Big roads are bulldozed through the forest to target tree species, which at this stage include almost any tall, emergent tree species. The Brazil nut concession adjoining our study site has been extensively invaded. Last year the son of the concession owner was killed at Puerto Lucerna. To date, the perpetrators are still at large.

The population of Puerto Maldonado, the capital city of the Madre de Dios department, was around 30 thousand people when I first arrived to the region in 2002. The town was considered safe: girls would walk the dusty streets home late at night unconcerned. In 2003, the first murder that I was aware of occurred, associated with the gold-mine boom just getting going at the time. The town is now a city of an estimated 100 thousand or more. Various villages along the highway are now towns, with parallel population growth. There are now recognised ‘no go’ areas in Puerto Maldonado, a murder having occurred just the week prior to our arrival at a bar across the road from the tourist hotel where I spent the last couple of nights.

In words, I cannot explain or paint the picture of personal pain that I felt each time I came across the jagged stumps of the buttress roots of another Ironwood or Ceiba tree. I think for most us that love the rainforest, the Ceibas are as sacred as the guardian tree felled by the mining corporation in the movie Avatar. The Ceiba is the tree where the pachamama, mother spirit of the Amazon, lives. These enormous trees are now being turned into plywood, a fate more humiliating than royalty turned to slavery. The movie Amazon Gold goes someway to creating these emotions by telling the fate of some of the forest here, with personal stories and music that touches even the hardest soul.

As a conservationist, it is hard to watch this. The desecration of the forest is to me as the desecration of archaeological sites to a historian, or a church to a Christian. But as a biologist I know this cannot continue: the fate of all mankind rests in these forests. They are the sponge that absorbs our carbon; that helps produce our oxygen; that facilitates our rains; that provide medicine, homes and resources to many people. But the many people are becoming too many: this is the root of the problem at the moment in this area: people are flocking here from the overcrowded Andean regions. Down the line, the demands for a western style lifestyle mean we need more soya plantations, more pasture for cattle. The deforestation will not end soon. The countless forms of life that live in these forests, from monkeys to jaguars to orchids, will continue to die.

My reason for returning to Las Piedras was to help train Aldo Ramirez, a young biologist I had employed as an assistant to collect data for my PhD project about 8 years earlier. Our mission was to repeat surveys conducted since 2003 to monitor wildlife populations. We also wanted to monitor the local claylick. Aldo is from Puerto Maldonado, brought up on the edge of Lake Sandoval and has an incredible passion for wildlife. His family now runs a homestay ecotourism business. The boom in tourism has seen a proliferation of tourist lodges spring up around Puerto Maldonado, and offer significant employment to many people. On the Las Piedras River an ecotourism concession to the south of where we were based brings in young gap year type students who help with wildlife monitoring. Many conservation organisations are encouraging sustainable forms of agriculture, from cacao to Brazil nuts. But to me now, it seems that for each person like Aldo there are 10 people just wanting to clear a patch of rainforest to live in, or cut down another gigantic tree for the woodcutter mafia. Without creating a sense of urgency regarding this, change will be slow, and our reality is that we may reach a tipping point on the planet whereby the life sustaining systems start to shut down forever within our lifetimes. 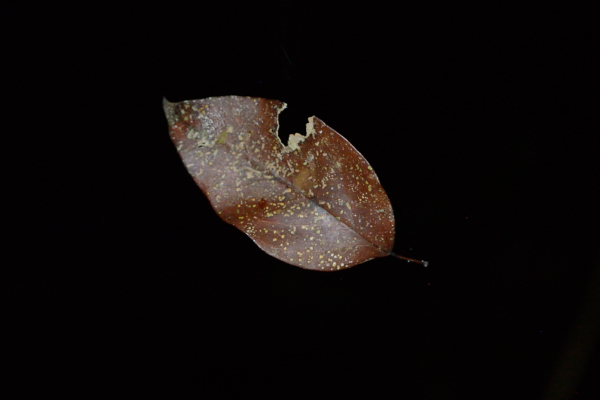 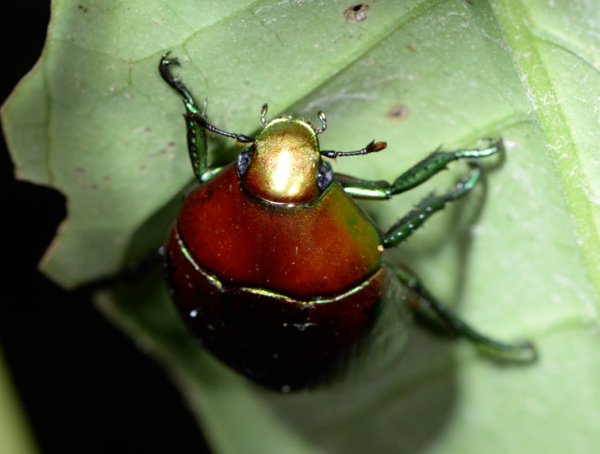 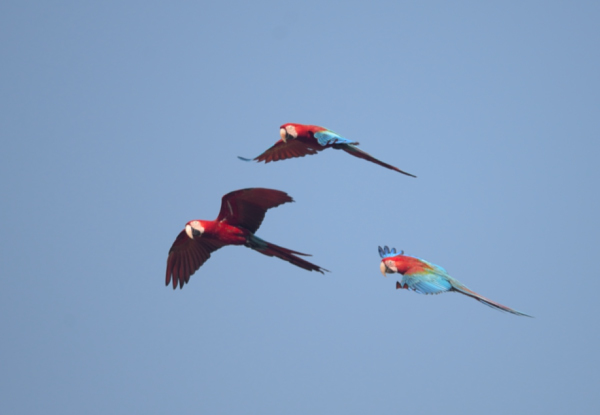 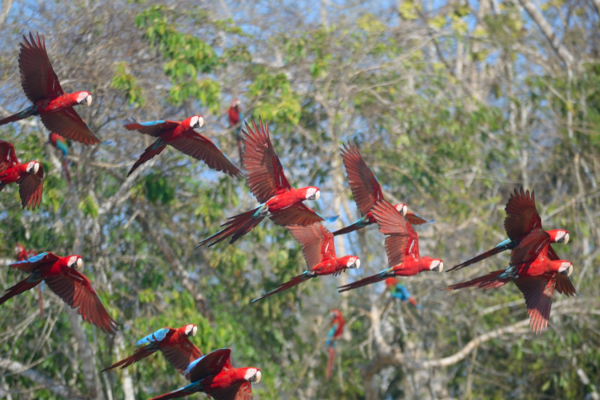 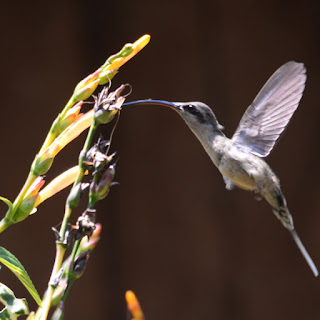 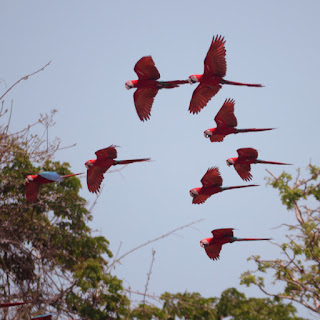 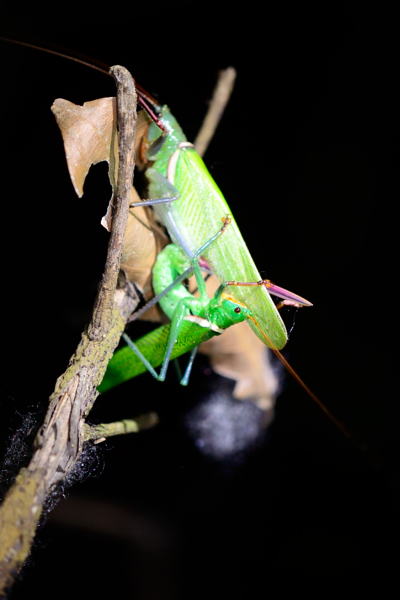 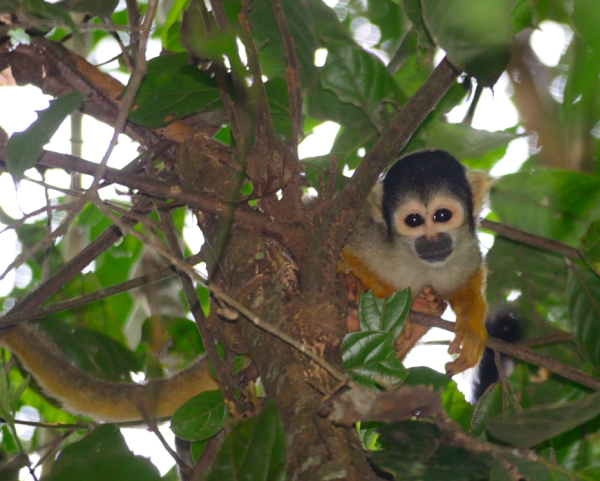 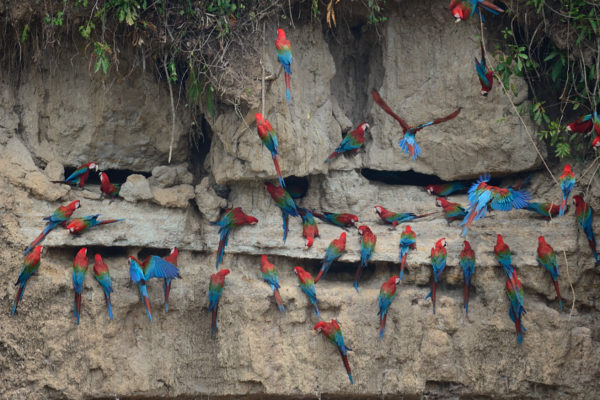 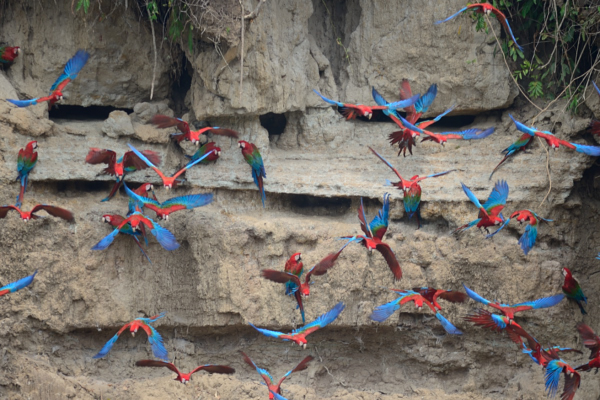