The publication "Estimating conservation metrics from atlas data: the case of southern African endemic birds" did not include several charts in color and so they are hard to interpret. Here they are for anyone who is interested. 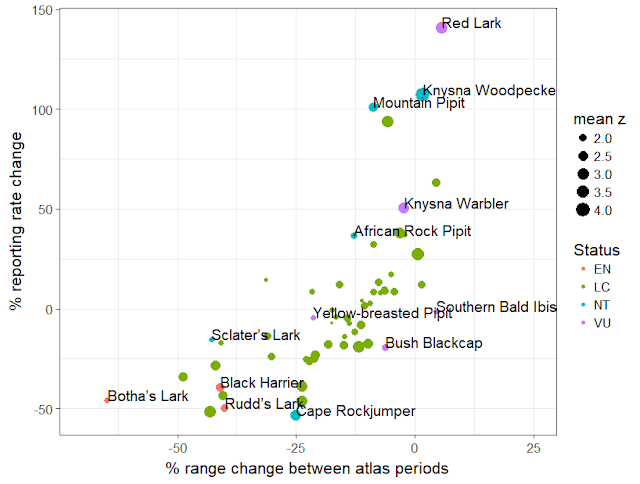 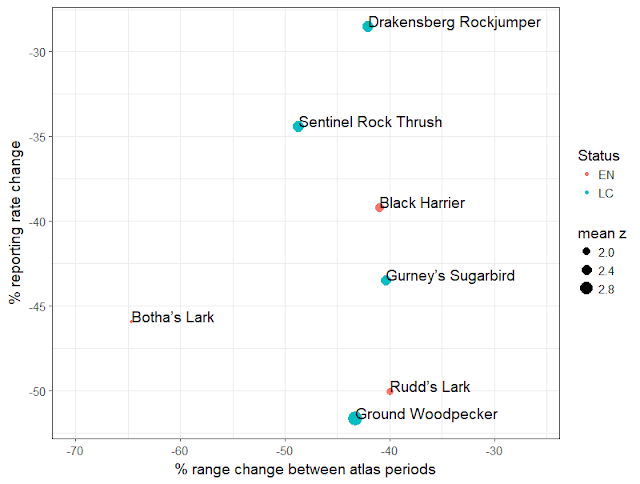 Figure 3. Reporting rate change for seven South African endemic bird species plotted against
change in range between SABAP1 and SABAP2. This figure shows the lower left hand corner of
Figure 2 in more detail - species qualifying as those of conservation concern due to range and
population decrease. Size of the points is weighted by mean z-score. 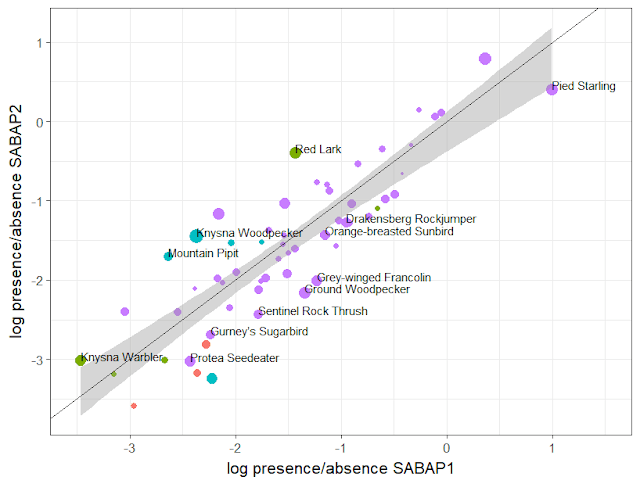 Figure 4. Presence/absence ratios for 58 endemic bird species for each atlas period. Species on the
negative end of the x-axis are generally infrequently reported, while those on the positive side are
commonly reported: negative values indicate species reported from less than 50% of cells. Shading
represents the 95% confidence interval of the regression between the values on the two axes.
Species below the 1:1 line (black diagonal) are species reported less frequently in SABAP2.
Selected species classified as Least Concern with a lower reporting rate in SABAP2 are labelled, as
are selected species with threatened status with higher reporting rates in SABAP2. 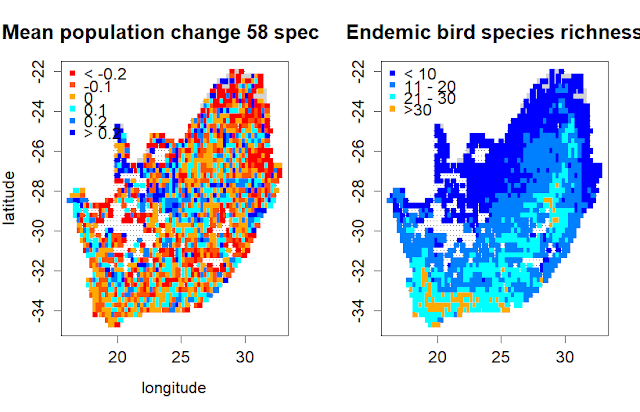 Figure 5. Mean population change across all species within each grid cell (left panel). N for each
grid cell is indicated by endemic species richness (right panel). Grids not included in this analysis
due to insufficient coverage (<2 are="" atlas="" black="" both="" for="" lists="" p="" periods="" points.="" white="" with=""> 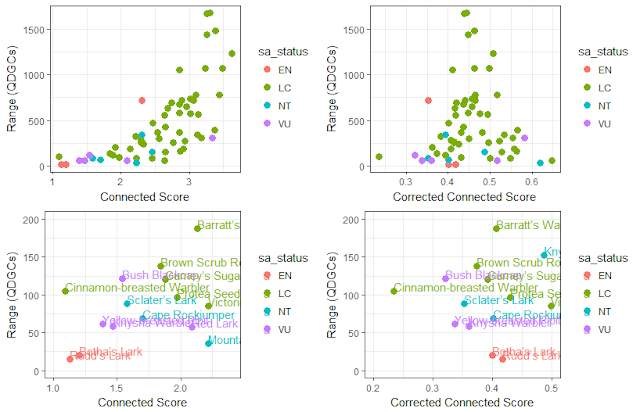 And these didn't make it into the manuscript, but are interesting:

And how large is the species range: