What I like about doing the co-ordinated avifaunal roadcount (CAR) is that it gets me out of my house and down one of those roads that I always think “I should drive that one day” but with procrastination the way it is, one never does, especially not in the middle of winter. So, thanks to CAR Chris and I were up at 6:00 to get to our start point on the normally dusty Winterhoek road for an hour after sunrise. The Karoo had recorded record snowfalls earlier in the week, and ice still lay on the tops of the mountains. As such, we were pleasantly surprised by the mild and still conditions we experienced.
Our route starts in Renosterveld on the R332 to Willowmore. Things got off to a flying start with three calling Southern Black Korhaan. 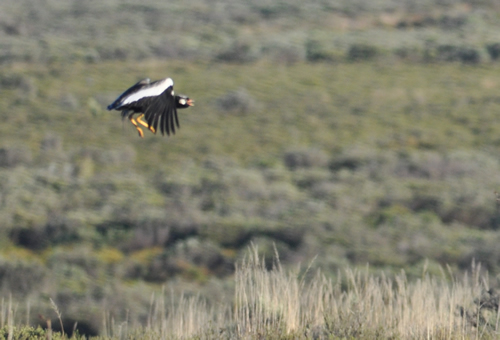 The route the meanders down a valley with Angora goats and overgrazed subtropical and Acacia thicket. Its nice scenery, but with few target birds. Several dassies were sunning themselves on the banks of the gulley along the valley bottom, like sentinels on a castle wall. After 18km we hit the succulent Karoo flats to the north of the Baviaansberg. Here things get interesting – expansive views allow us to track down Karoo Korhaans and Blue Cranes in the far distance. 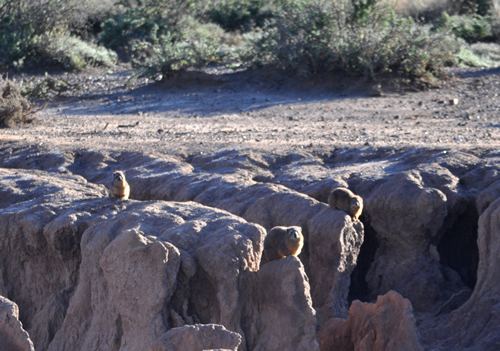 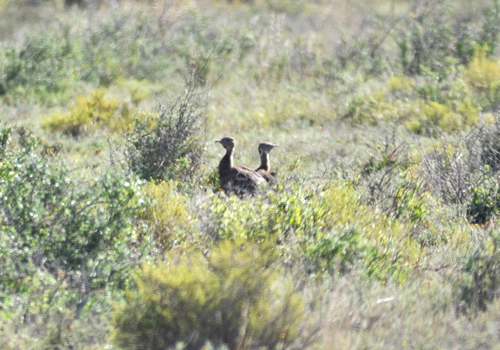 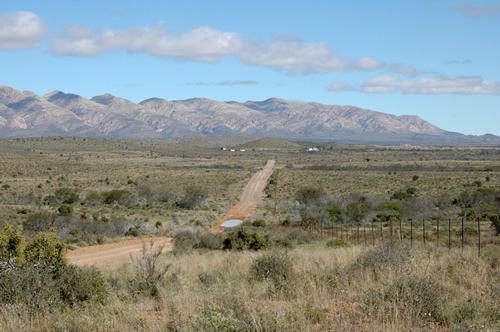 However, most of the time one has to distract oneself with other wildlife along the way – there are plenty of Vervet Monkeys and Steenbok. 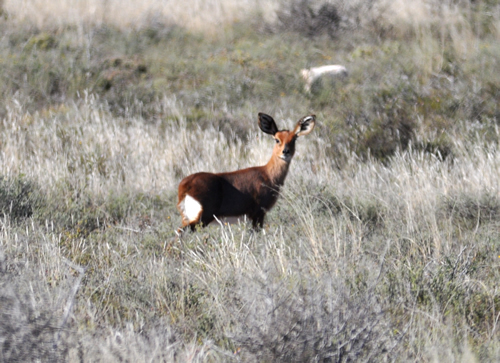 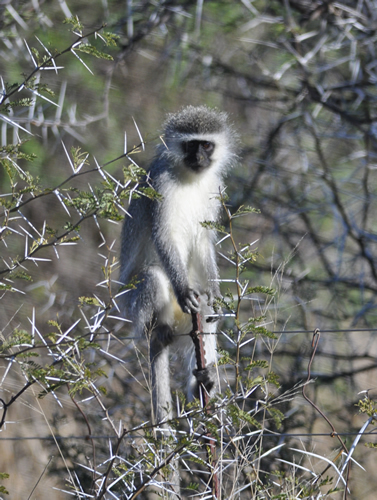 It is also hunting season at the moment. Luckily the only hunters we encountered were friendly. Which was good because they resembled an army garrison with enough fire-power to take on a small country. Kudu are the target – they make tasty biltong and boerewors. We saw a few lonely young kudu – undoubtedly separated from their herds during the chase. And a recent cheeky Farmer's Weekly article blames falling Kudu numbers on Jackal. That poor animal is a scapegoat for everything. 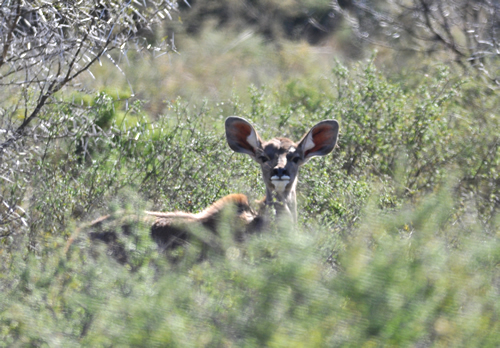 Of course one always gets the feeling one sees more target animals after a survey – and such was the case with us wrapping up the day with a flock of 10 Blue Crane, only then to encounter a Kori Bustard and fairly relaxed Secretary Bird (or whatever the ridiculous new name is). All in all, a lovely day out – Thank you ADU! 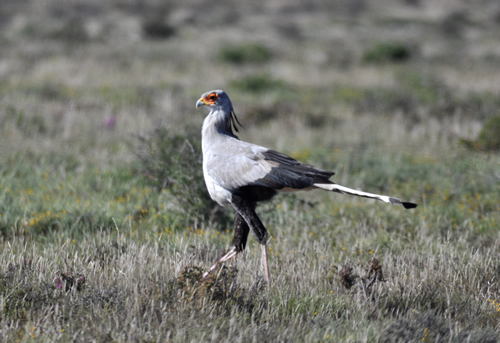 Click here to read about our summer CAR experience