It didn't start out a normal day. Tuesday, 7:30 am and it was already 30.5 degrees Celsius according to the thermometer on my bike during my training ride. There has been mention of heat waves and fire alerts the day before after weeks without rain.

I took new volunteer Jane Orton for a drive into the hills to collect memory cards from our cameras, as Jane will be synthesising data from 1800 photos from the last year. As we got back, the thunder clouds that had been threatening on the horizon swelled their ranks and distant lightning tripped our electricity.

“I can't wait to see a real thunderstorm!” said Jane, who hails from the UK, land of eternal drizzle. Distant thunder echoed across the hills. And the downpour was welcomed as it brought a respite to the heat.

That afternoon we received a phone call from our neighbour to the north, asking if we were aware of a fire as she could see smoke coming from our direction. Chris and I did a quick drive, and assumed a small cloud of smoke was coming from the north of us. After a while we realised the smoke was coming from the mountains to the south, but we were not sure from where. I hiked up a hill to get a better view, while Chris drove off for a different vantage point. 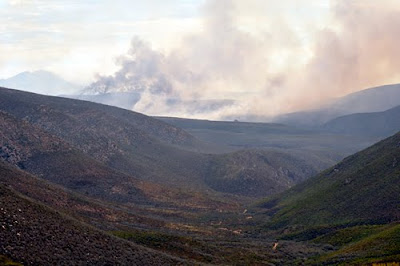 The view that greeted me that afternoon at close to 16h00 was alarming. From the southern ridge of the Kouga mountains and further to the west plumes of smoke were replacing the dissipating rain clouds. Although it was over 6km away, it was time for action. I ran back to the house, and while we waited for Chris to return, Jane, Bertrand and Tatiana started making some fire beaters. We set up sprinklers around the house. The fire department was notified, but apparently 8 other fires had been started in the electrical storm. 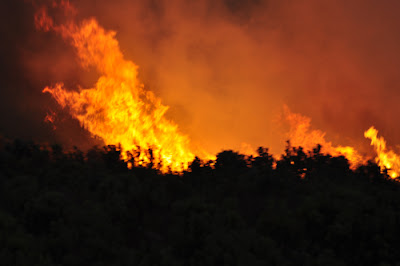 As the fire would have to be tackled along our south road, at that stage passable only by the Toyota Landcruiser with all off-road tools engaged – low range, front and rear diff locks – we headed that way to do some road repairs so less able 4x4s would be capable of getting into the hills. After an hour or so filling holes with rocks, the volunteer team and I headed towards the fire to assess its status. The site that greeted us was frightening. The plume of smoke had in those few hours turned into a javelin of fire, headed north and straight for the house at an alarming rate. I ran to the top of a hill to phone home to inform of the situation and we raced back to help with preparations – more sprinklers, clearing bush, grading fire breaks. A rain of ash began to fall. That evening the first fire crew arrived to inspect – but by that time the wind had turned and was blowing the fire back into itself. It looked like we were saved. 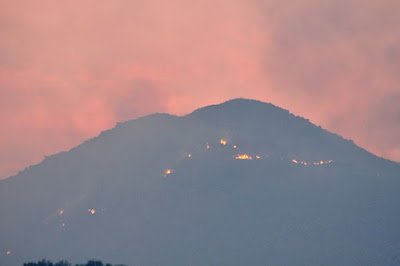 The next day everyone was up at 5am. We drove into the hills to 'mop up' with our hastily made fire beaters and water tank. But inaccessible fire still glowed from jagged hill tops. I decided to burn a fire break along the south road as I knew the afternoon wind would bring the fire back to us. That went well until I was ordered to stop due to liability issues (I might cause a fire!) and promises that helicopters were on the way. That was a big mistake. That afternoon, with Bertrand and Tatiana, I headed back into the hills. We had the vain ambition of mopping up the remaining sections of the fire. But it was soon clear as the wind picked up that this was a battle we would not win, and we retreated. From the south road we watched as the fire mustered, spread, grew ever bigger, stronger. It began to roar – softly at first (a sound Tatiana mistook for an approaching vehicle), but then louder as the advance turned into a full-out charge with a fire front 10 meters deep, up to 10 meters high, and several hundred meters long. I would later equate it to an avalanche of fire. Of the sugarbirds and grysbok we had seen attempting to flee – who can tell their fate. 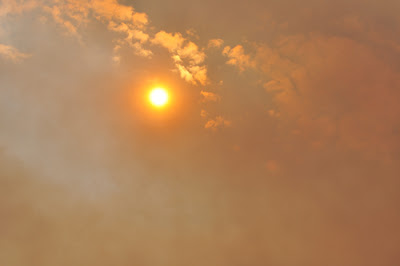 We tried in vain with what water we had with us to dampen and extend the fire break – but it was as if the fire knew where to go and it headed straight for the gap we had left – jumping the road with no problem. Time for a further retreat – as we could see fire coming from our neighbours farm too. 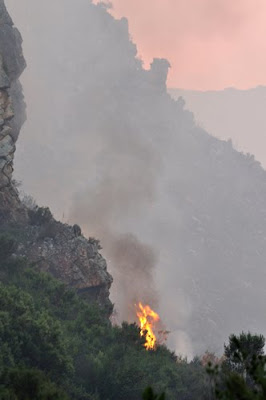 We were unaware that they were battling on their doorstep, defending their house. By the time we arrived and had regathered, that fight was over and won – thanks to the rallying forces of firefighters and neighbours. Then it was time to head back and continue working on our own defences, as only our northern flank was not under threat, and fire advanced in a line that now stretched for kilometres across the hills. 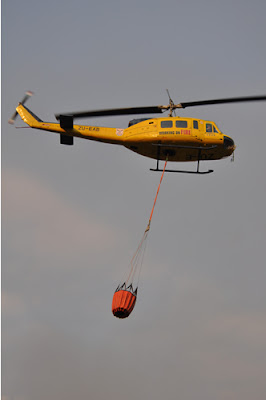 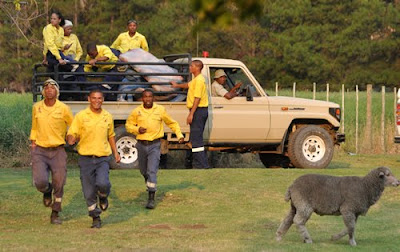 Then the cavalry arrived – trucks of firefighters and a helicopter. But it was later in the evening, and the helicopter could make only a few runs before having to retire for fuel and rest. That night we kept an uneasy watch as an eternal dawn of distant fire kept the skies red through the night. Again, the wind subsided, and we had respite until morning, when again we were able to head out to clean up what we could. One flank at least was secured. A similar story unfolded during the day – as another front of fire threatened more houses, burnt our water pipes, but was finally extinguished by the tired and the brave.

As I post this, the fires on Blue Hill are out but rage on on neighbouring farms. There will be smoke in the air for days yet. Fire is necessary for Fynbos to rejuvenate itself – as long as it is not too frequent – and what happened here will most likely be a story told more often in a drier, hotter future under current scenarios of climate change. For those of us impacted this week, we must pray for rain again so that the circle of life may continue. But for now, the only dark clouds are those of our moods as we wonder what the damage is; count the costs; reflect on what we took for granted; and wonder how this influences what we hoped and planned to do. 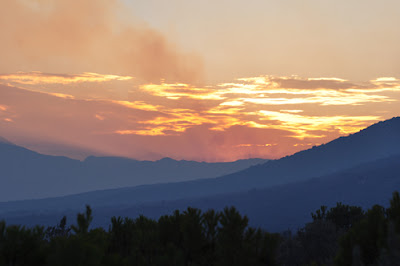 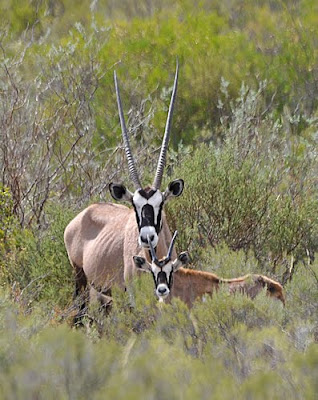