After a dry winter resulting in a less than spectacular spring floral show, the 20mm (inch or so) of rain the last week was very welcome. It also meant that there are mud puddles and so finally the swallows are able to start building their homes. 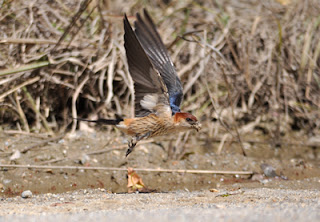 On a trip up the Montagu pass after the rain I happened upon this pair of Greater-striped swallows collecting mud on the roadside. Watching them made me realise how much work it must be to build a swallow nest – a couple of beaks full of mud at a time.  Having with limited success attempted to take photos of swallows flying over our fields the week prior, it was a pleasure to have these little aerial acrobats sitting in one place I could actually focus on to obtain a sharp photo. 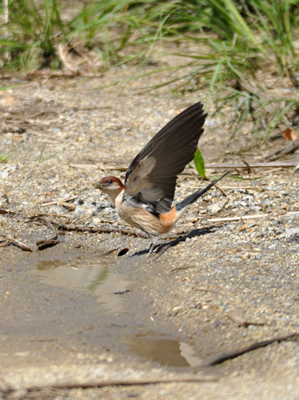 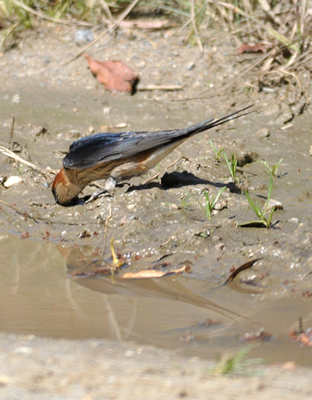 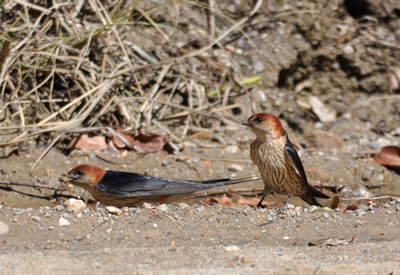 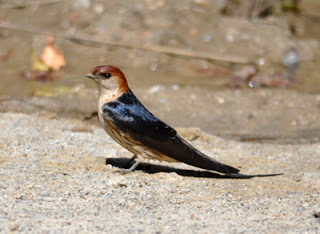 Greater Striped Swallows (Hirundo cucullata) are monogamous and the same pair will reuse a site year after year. They breed in  and spend their non-breeding times (our winter) around central – fun places like the . They are easy to confuse with the very similar Lesser Striped Swallow, which has more orange on it and bolder stripes, but is a tiny bit smaller.
1 comment:

Normally when checking our camera traps, on a good location I'll get about 1 or two photos per day. The other day when checking a camera set near the guest house, I was surprised to see it saying there were 270 photos - after a 2 week period. I assumed that I had forgotten to delete photos from a previous photo shoot, but instead on downloading the photos I was greeted with views of baboons from every possible angle. Here are just a few, so you don't get too bored with baboons. 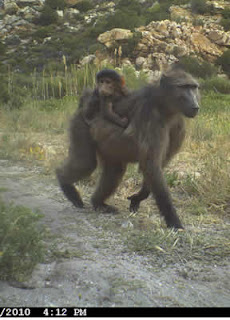 Baby baboons look so cute. Who would believe they realise they grow up to be the mischievous imps like those seen in the photo below - checking out and moving the camera all over. 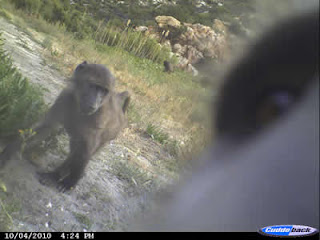 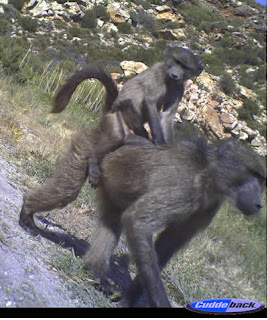 This guy is probably old enough to walk by himself - but is catching a ride anyway. Cheeky. 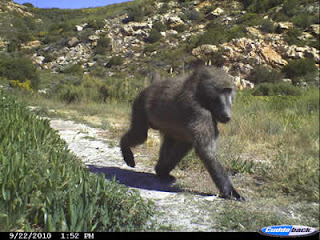 Usually there is only one big male in the troop - he chases off the younger males as soon as they become a threat to him. 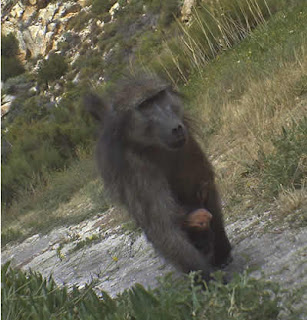 Hanging in there! Its definitely a different perspective on the world. 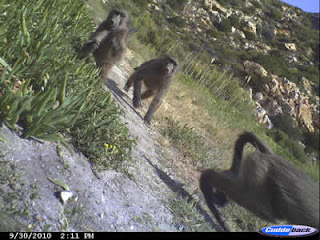 A group of stroppy teenagers having a mad dash around 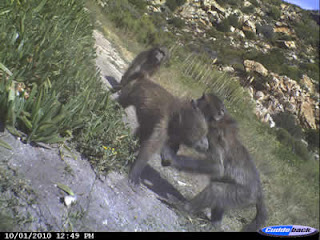 Locally famous, the Uniondale Show was held this year at the showgrounds on the 3rd and 4th of October. The show offers a chance for people who normally only come to town once a week to shop or go to church a chance to socialize and be entertained. The show is a real taste of life in this part of the world – agriculture and farm products, dog shows, sheep shearing and cattle are on display. Children have their faces painted, play on the bungee, ride quad-bikes. This is all set to the backdrop of Afrikaans folk-music. Local food also ranges from hot dogs, to full gourmet braai (bbq) grills – with lamb chops and boerewors. 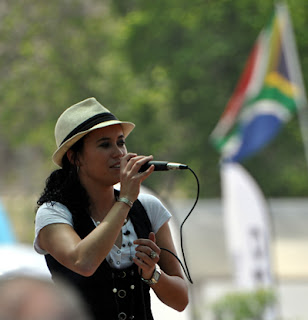 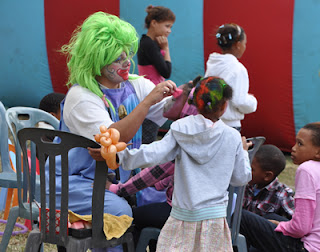 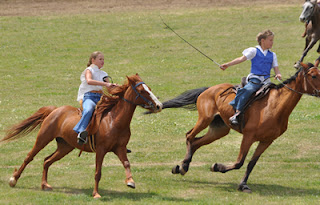 The main attractions of the show are the horse trials: mainly dressage, but featuring everyone from toddlers to the towns oldest and most refined. One of the towns most notable local ‘barons’ is Mr Johan Loech, and he is a locally reknowned horse breeder. In its day, the show attracted riders from across the , but most events now feature only a handful of participants. 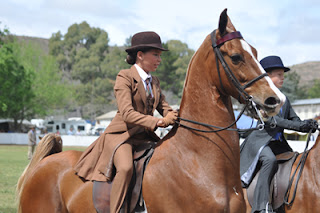 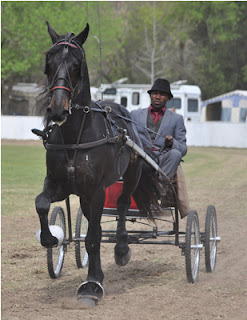 A World of Birds – at Blue Hill Escape

While on a trip to last month, I visited the World of Birds in . This private bird sanctuary has hundreds of birds of maybe over a hundred species. The birds are mostly South African, but there are also a collection of parrots and pigeons from across the world. The large walk in aviaries allow one the chance to photo birds normally disappearing down the back end of one’s binoculars. Here is a selection of birds that can be seen at the World of Birds that are also found at Blue Hill Escape and surrounding area.

A Baviaanskloof Biathlon anyone?

Fancy a 40 km run on the Saturday and 100 km cycle the next day through some of ’s most amazing scenery?
Baviaanskloof Trail Run will be held on the . The race is for seriously adventurous trail runners, starting and finishing at Geelhoutbos in the Baviaanskloof. The route covers extremely harsh, rugged and unforgiving terrain through areas inhabited by wildlife such as buffalo, rhino, baboons and cobras. Runners are expected to be able to look after themselves i.e. no sexy girls in shorts at watering points along the way. The run reaches 1122m asl with a cumulative climb of over 1400m. For more info visit http://www.baviaansrun.za.net
In some ways this makes the cycle race look easy!
The to Coast or K2K is a 100km mountain bike challenge from in the Klein Karoo, through the picturesque Prince Alfred’s Pass to Knysna – the later being rated as one of the top 100 destinations in the world by tripadvisor. Although the total ascent is 1800m, the majority of the race is downhill. 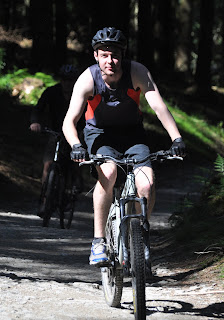 And its all for a good cause – entrance fees and sponsorship from the 2500 riders of the 2010 event went to the Sightfirst Project (1450 people have had their sight restored from proceeds of this event) through Lions International. For more info visit www.karootocoast.com
We’d like to point out that Blue Hill Escape is ideally positioned to take in both of these events – but you’ll have to book early as accommodation is at a premium, especially for the K2K.
No comments: