Bay of Plenty of Marine Wildlife

After a week of too much work and not enough play, it was time to leave the confines of Cape Town and start a slow journey back home to my mountain stronghold. My broad aim was to see how the fynbos was growing along Clarence Drive, that heads from Somerset West towards Betty's Bay. It was a beautiful and sunny start to the day, with just a touch of coastal mist to add an air of atmosphere to the scenery.

My vague plans to conduct some point counts (bird surveys) on the road to the Steenbras Dam were hijacked when from the parking lot at the entrance gate, which has an amazing view of False Bay below, I spotted a dark shape not far off the coast. My first Southern Right Whales! Thoughts of birds were abandoned as I dashed back down the hill to a viewpoint where the whales were frolicking about half a kilometer out. I spent half an hour watching them and listening to their bugle like noises.

Then out of the corner of my eye black shapes flashed out from the blinding background of sun reflected off sea – a pod of Common Dolphins were passing within scores of meters of me! They were moving rapidly down the coast, and I followed, trying to find view points ahead of them to watch them pass. At one stage I thought I'd found them really close to a rocky bay – but it turned out to be a hot-tub of Cape Fur Seals. These seals are only found around southern Africa – but they are plentiful (probably over 1.5 million of them). 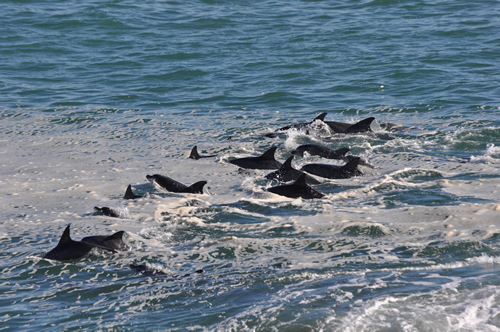 Having lost the pod of dolphins, my next stop was the Stony Point African Penguin Colony, nestled within the holiday town of Betty's Bay. This is one of the two mainland colonies, the other being near Simons Town on the Cape Peninsula. I still think of the 'African Penguin' as the 'Jackass Penguin', the name I grew up with and which provides a good description of what they sound like. During my visit, several females were sitting on eggs, and I managed to get a view of a chick in one of the artificial nesting shelters provided for the penguins. There is no shortage of nesting sites for the penguins – instead the population of these poor birds is declining due to a probable shortage of available food resources (small fish species like anchovies and sardines). A chick needs 25kg of fish before it fledges.


The rest of the afternoon I spent as what appeared to be the sole visitor at the Harold Porter Botanical Gardens. Although a flexible working schedule that allows me to take a day off during the week is nice – it was almost eery having an entire huge restaurant and peaceful gardens to myself after the hustle and bustle of Cape Town. I better get used to it – Baviaanskloof will be quieter yet! 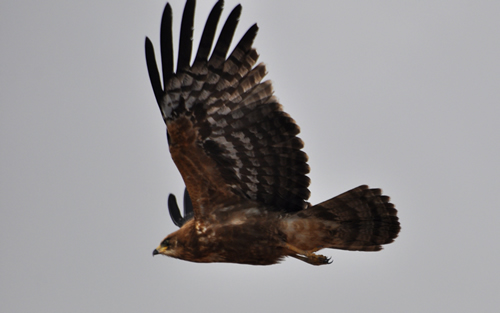 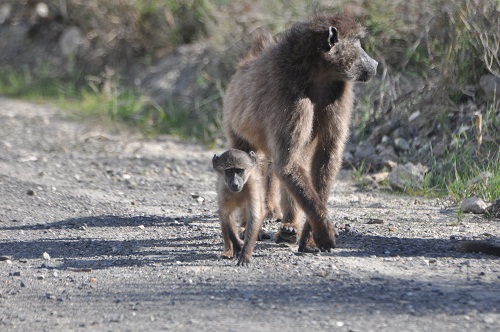