The secret life of Black Harriers: the first 2 weeks of life

This post follows the story of the Black Harriers of Baviaanskloof (the story of the nest discovery is here). Towards the end of September I installed a camera trap on the nest, on video mode. Unfortunately the memory card was full in 3 days, and so we missed the birth of the chick. The memory card was changed on the 19 October, when the chick (Prince Harry) was estimated to be about 7-10 days old. A week later we had the first images from the nest. Here are some highlights.

A bird in the hand is worth two in the bush, never more true than for some of our beauties, where you get to see a whole new side to their personality. The Malachite Kingfisher (Alcedo cristata) is a winged sapphire; easily a highlight on any birding day out. What is little seen though, is the crest that they have - which is put on full display to distract potential predators. We netted this beauty while aiming for Cape Canary at a drinking spot. The bird was released unringed as aquatic birds need special rings that can withstand constant dunking. 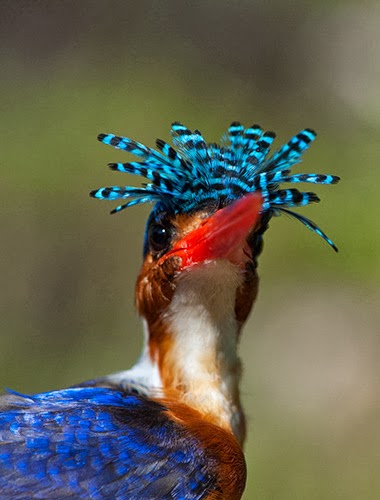 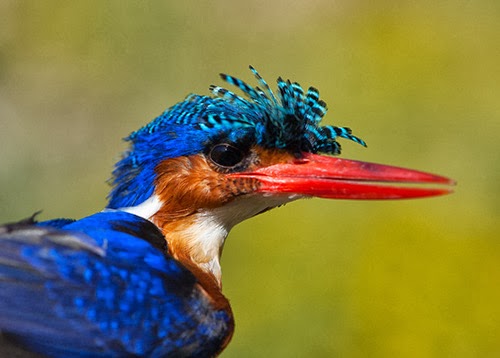 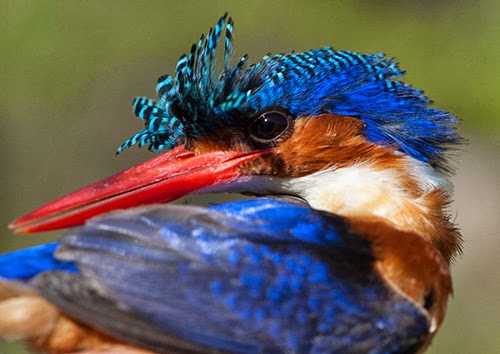 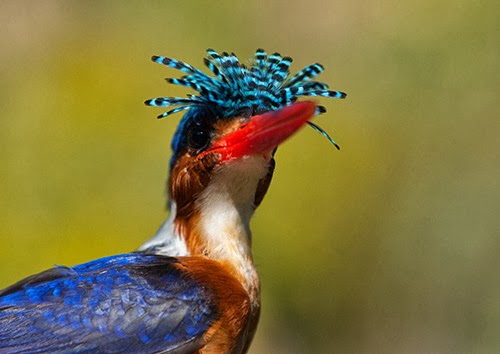 This morning could have blown either way with the activity at the mist nets, but ended up major – its not often that a Victorin's Warbler and Protea Seedeater are eclipsed by a Sugarbird – but in this case as soon as I saw the black engraved ring on the leg of this female in the net, I knew we had something special.

CV61641, adult female, was recaptured today at 7:50am, one of a total haul of about 20 Cape Sugarbirds (only 1 recapture from Blue Hill). Weighing in at 29.7grams, she is pretty small (average is 31g for females). The wing measusred only 78mm and tail 86. She was quite a screamer, but in good condition, despite a hefty load of Protea Itch Mites. She was initially captured by Mark Brown near Nature's Valley on 19 June.  A straight line between the sites is 43km. The long-distance record for a recapture of Cape Sugarbird is 61km from Betty's Bay to Kirstenbosch (Cape Town), a winter rainfall region.

It was only last week at the Fynbos Forum where I was chatting to Mark Brown and we were wondering when we would get recaptures from one another's sites, but this happened all a bit sooner than I expected it to. This is going to make me look at these birds in a whole new light – with the big question: “so where did you come from?” now at the front of my mind. I think we are lucky to have almost completely intact Fynbos between Blue Hill and Nature's Valley, with the narrow band of agriculture in the Langkloof obviously posing no significant barrier to dispersal.  It is significant that the first long distance recapture has been on the north – south axis, not on the west – east axis (where I have been concentrating my ringing efforts). 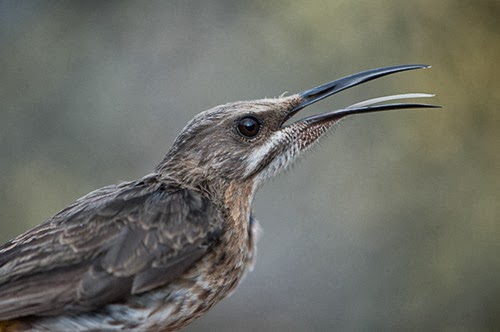 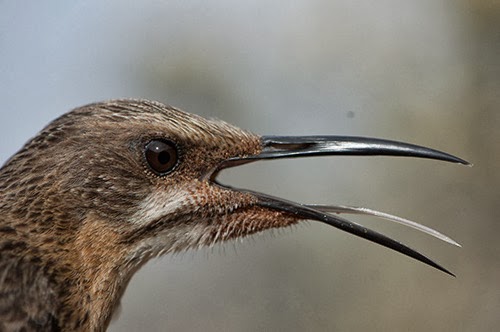 Spectacular stands of Cancerbush (Lessertia frutescens) have been brightening the valleys for the last couple of months. The stands are a magnet for the local nectarivore population, hungry now that the proteas have finished their flowering season. Here are some highlights of birds on red (the yellow background continues courtesy of the Othonna parviflora): 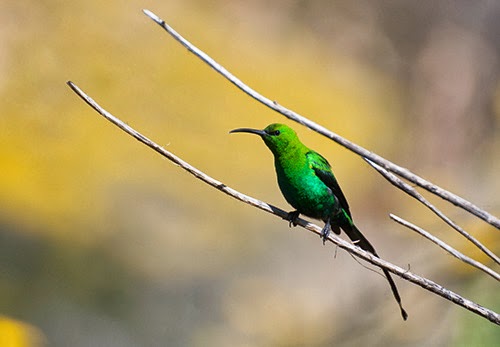 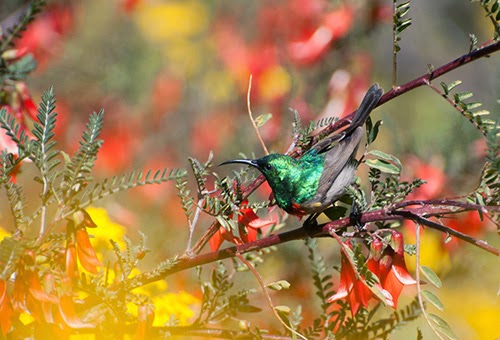