One of the first leopard photos our camera traps revealed was a male leopard that was collared by the Landmark Foundation deep in the Baviaanskloof. The collared fitted was a radio telemetry collar that stored gps points of the leopards movements. However, the data was never downloaded, partly because searches were being conducted in the Baviaanskloof and not on the periphery. Cape Mountain leopard territories are huge (some here are easily over 50 000ha) and so getting to the right place to download data can be an issue.

It became clear over time that he was the resident male leopard. Our last photo of him was obtained in 2013. 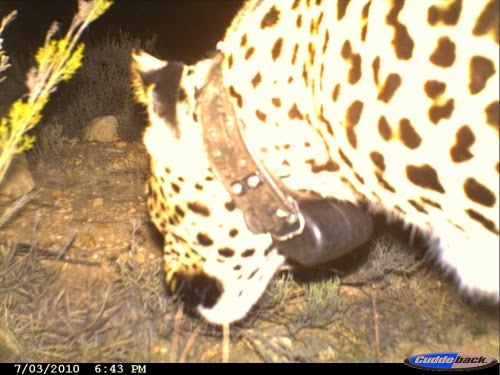 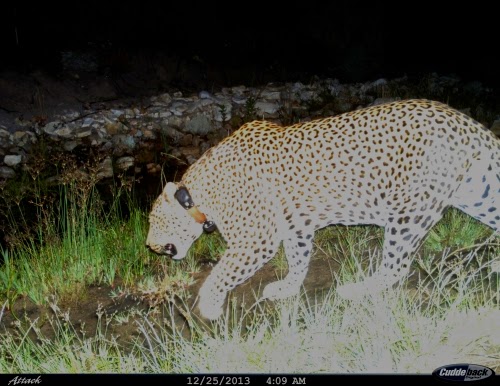 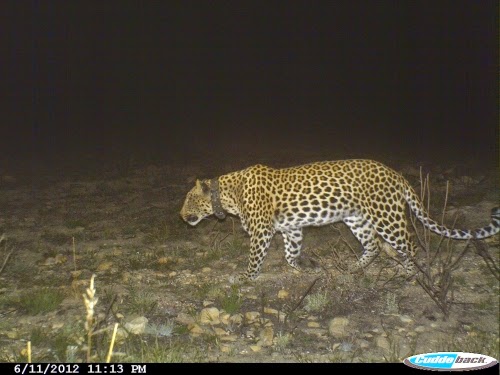 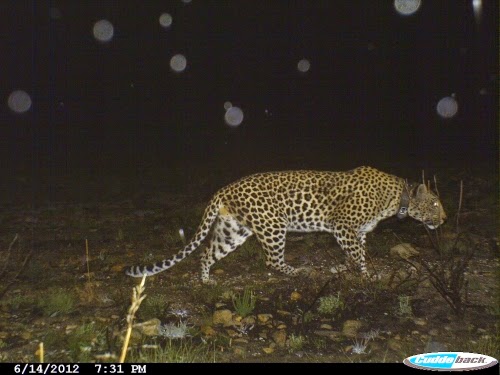 Earlier this year Landmark Foundation decided they would have another attempt at catching the leopard we had named Butch in order to remove the collar. However, just to the south of us it appears a leopard had been killed... and the remains were identified as Butch. The radio collar had been vandalized, suggesting human interference. This is the story from the Landmark Foundation perspective:

Post by Landmark Leopard & Predator Project - South Africa.
Our property forms just a very small part of a territory of any Cape Mountain Leopard, yet we are very sad to learn of his demise, its almost like loosing a friend.