Many people have driven the breath-taking Meiringspoort through the Swartberg Mountains; either as scenic destination, or part of their journey from Oudtshoorn to Beaufort West along the N12. Few people, however, have seen Meiringspoort from above.

It was Anja's birthday and time to do something memorable again; the benchmark set with our ascent of Mannetjiesberg last year.

At 2066 masl Bloupunt is the first >2000 m Swartberg Mountain peak to the west of Meiringspoort.

On showing Anja the photo of this peak, impressive from the northern side, she was a bit dubious as apart from the Besemfontein hike a month ago, she'd been doing a lot of laptop time.

But our base would be the luxury-rustic Stone House at Meijersrust, a special place in and of itself, and Anja's birthday treat. I'd camped at Meijersrust a couple of times before, and its a really beautiful property with great hostess and host in Vivian and Barry Meijer. 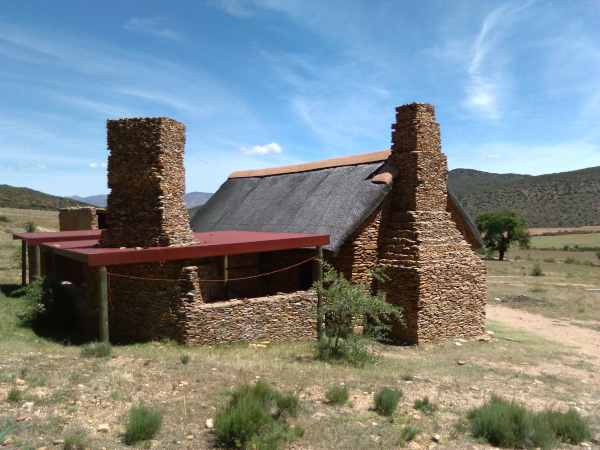 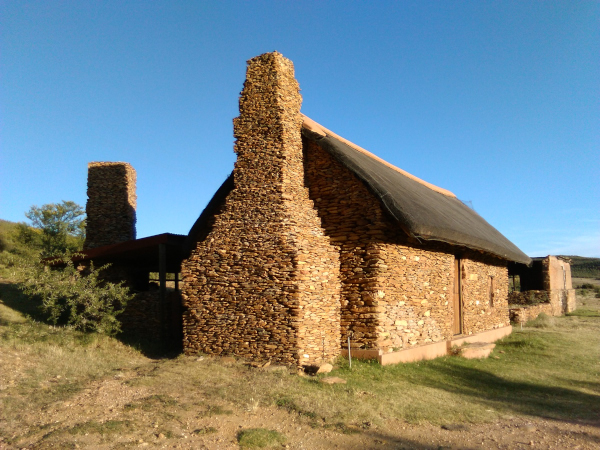 Our first challenge was to get to the Stone House in Anja's Mazda Etude, as a high clearance vehicle is needed to ascend the farm track. The Jimney battery needed replacing, but with nowhere open on a Sunday we were unable to use our little 4x4. Despite Anja's white knuckles, a few under-carriage scrapes and grinds, we made it. We got there early enough in the afternoon to wonder around the farm tracks to admire the eland, cute calves and many bird species in the mosaic landscape of dams, Acacia filled drainage lines and dams.


Our attempt on Bloupunt started the following day: Monday 21st. Our original plan was to drive to the campsite higher up in the mountains to shorten the distance and to gain some elevation for the hike, but that was out since a 4x4 is needed to get there. So we started off from the Stone House, which is 700 masl, early enough to be pleasantly distracted by Apalis, Duiker and Sugarbirds in the crisp morning air. By the time we reached the viewpoint over Meiringspoort (1200 masl) it was touch and go as to whether we'd make Bloupunt. We thought we'd give it a shot anyway, and headed off-trail and upwards.

By just before midday we'd walked 10 km and climbed 1000 meters, but we'd reached our turn around time. Our compromise was thus Bloupunt 'Junior' at just over 1700m, with great views north beyond Klaarstroom; south to the Kammanassie and Outeniquas; of Meiringspoort below us to the east, with Blesberg beyond; and Bloupunt so near and yet so far to our west. Starting from the campsite the ascent would be possible as a day hike. 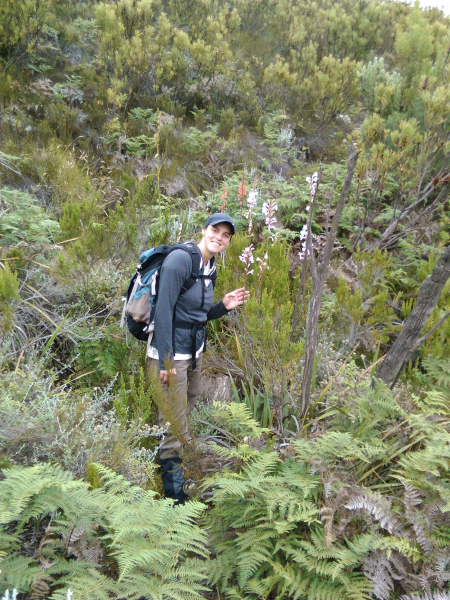 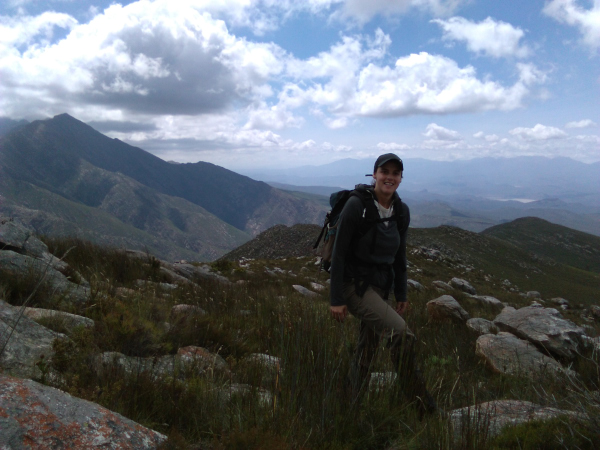 Our descent was fairly quick as we b-lined our way straight down the mountain, cutting out the zig-zag of the Meiringspoort viewpoint and saving 3km on the way. This meant we had plenty of light time and were able to enjoy the huge outdoor bath to the max before having to escape indoors to escape the chill mountain breeze. 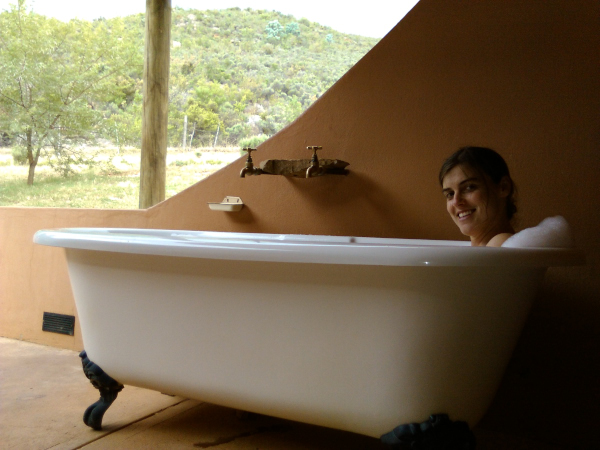 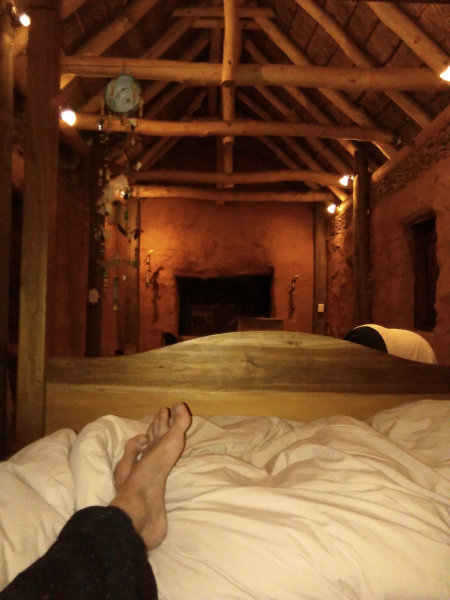 Overall, lovely time out (although I did sneak in a buttonquail survey and birdwatching) and a great escape from the Christmas mayhem. 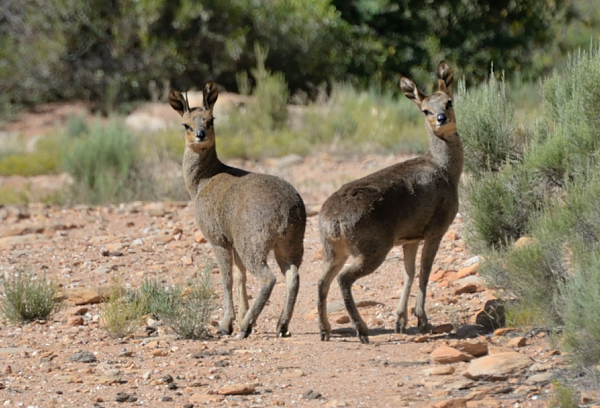 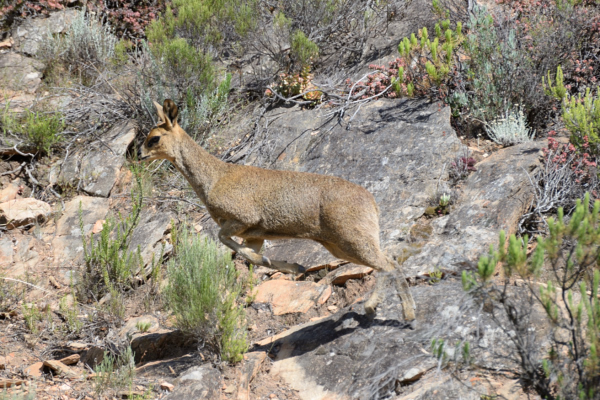