The aim of the trip was to wrap up a workshop on climate change vulnerability of the main trees of Kutai National Park, with a focus on those species utilized by Orangutan. Kutai National Park is one of the few places with a good chance of seeing wild orangutan. Not only that, but it is the only major population of the eastern subspecies of the Borneo Orangutan (there are 3 species of Orangutan, 2 in Sumatra, and 1 in Borneo). The situation for Orangutans is DIRE. Within days of my return, this is a top news story on BBC news (Science): www.bbc.com/news/science-environment-42994630

Kutai National Park is a park under pressure: the situation would give any ardent conservationist nightmares. Originally, when the region was still a Dutch protectorate, the region was designated a 2 million hectare wildlife reserve. It would later be declared a national park by the Indonesian government, but with 90% of the area re-designated for settlements, timber, agriculture and mining etc. But the remaining 10% (200 000 ha) was still under threat: a road was put through the eastern section of the park in 1991, resulting in massive settlement, mostly from the nearby island of Sulawesi, but also (later) of Dayak and Kutai people from other parts of Kalimantan. The park contained no recorded native communities when it was originally declared. More on the history of the park in this context is available here: https://dlc.dlib.indiana.edu/dlc/bitstream/handle/10535/2127/Moeliono_106401.pdf?sequence=1

An estimated 30 000 people now live in the park, and various sections have been carved off over time to accommodate land claims. The situation is unresolved and ongoing, but will likely see the reduction of the park again in the future: park staff have no authority to remove people, and law enforcement is weak, with mixed messages regarding the future status of the park from regional government. According to some this has fueled further settlement in the expectation that land claims will be settled in the future. There is also speculation that settlement is being encouraged by investors with an eye on coal reserves within the park. Sangatta, once a small riverside settlement, could now be classified as a major town - population +100 000, with population growth (22% annually!) a consequence of the coal mining activities taking place on the park boundary.

Settlement within the park has of course had a negative influence on forest integrity. On the day of my arrival in Bontang, now a city, but once also part of the park area, Kutai National Park staff had rescued an orangutan from the edge of the park. By the time the young male reached the rehabilitation centre at Samboja, several hours drive away, he had died. An autopsy revealed 130 airgun pellets in his body. More noticeable to any visitor will be slash-and-burn style agriculture. Burning is a major threat to park integrity: most of it burnt during the 1997 El Nino, which resulted in drought. Fires of course were started by people.

While walking the trail system at the ranger and research station in Kutai National Park called Prevab where we watched a wild orangutan family, we could hear chainsaws on most days; and gunshots were also heard on several occasions. These and the rumble of heavy machinery associated with coal mining all came from across the narrow Sangatta River. Even on the short section of river between Prevab and the port at Sangatta, banana trees could be seen on the ‘park’ side of the river. People collecting edible ferns were also observed: while a seemingly innocuous activity, it is almost certain these and other extractive activities are occurring on a much broader scale on other borders of the park, where park rangers will only patrol rarely. I was dismayed on inspecting Google Earth to see that slash and burn has encroached to within about a kilometre of Prevab (see image at the end of this post).

Part of the park visit involved a trip down the Sangatta River, with its floating red plastic bags of rubbish, to look for Proboscis Monkeys. A road runs along the northern bank, with associated settlements and agriculture. I’d been under the impression the southern bank was park (from the guide who was with us), and it generally appeared to be more intact. At the mouth of the river, we stopped for coffee at a small fishing settlement – on the southern bank.
“Is this in the park?” I ask.
“I don’t know, I’ll have to check” was the response from the senior park official with us.
It’s a moot point: again Google Earth reveals next to no untouched forest south of the river.

The work being conducted by the staff at Kutai National Park is admirable: a walkway through local mangroves has recently been completed, and I was shown a beautiful coffee-table style book of the birds of Kutai National Park. The Ministry of Forestry has also recognised the threat of fire emanating from communities, and is working on training communities on techniques for managing land without fire. We were told a large proportion of the parks upcoming budget has been allocated to appointing and supporting a community liaison officer.

At the workshop it is apparent that ‘reforestation’ is a major reason for the continued existence of the park: mining companies are obliged by law to offset their activities if these take place outside designated mining concessions. A presentation by mining company Indominco was very informative: they have been granted about 18 000 areas of reforestation concession within the park. Here they need to undertake ‘enrichment’ planting. The utility of this exercise is a matter for debate: the concession area is forested, even if it is ‘secondary’ forest post-fire. The secondary forests around Prevab are certainly diverse and apparently healthy, like any natural successional forest I’ve observed in other parts of the world. However, on paper it looks good:  +30 000 ha of reforestation concession have been issued in the park to companies with corporate social responsibility obligations. If ‘reforestation’ is Kutai’s current political reason for existence, rather than the protection of orangutan, sunbears and proboscis monkeys, then for the sake of expediency, its certainly worth looking beyond the effort to log up ‘reforestation’ quotas (Indonesia's quota is 100 000 ha of reforestation by 2019). Alliances with large companies and associated reforestation efforts give value to the park, and much needed evidence of use.

However, questions remain: what will happen to these concessions once the 3 year monitoring period is over? Are these up for further ‘reforestation’ efforts? Or do they become part of the Kutai National Parks ‘core’ conservation area? What happens to the very large area being utilized currently by migrant settlers which continues to grow year by year?

A lot of difficult work remains to ensure the survival of Kutai NP and its wildlife through the next few decades. Almost certainly, more orangutans will die along the way. In the meantime, given pressure from settlers and speculation on coal, its a miracle the park continues to exist. 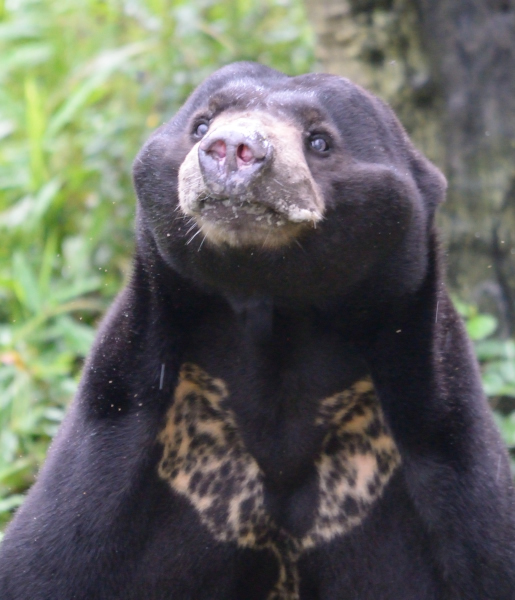