This is a letter I sent to our bird club group after the chair sent a request to sign a petition against fracking that set off a chain of opinions on the subject that got me a bit worried about how people view fracking – especially of the group I feel should know better! Anyway, as opposed to it being locked away in an inaccessible Yahoo group, I thought I'd share my feelings on the subject with the world at large since its World Anti-fracking Day. The response was aimed more at a posting by a member of the group who suggested that we should await the solution as determined by scientists.

Fracking. Should someone at our dinner table even suspect the word was said, verbal fireworks will ensue for anything up to an hour if one party in the debate doesn't leave before then. And this is a debate between 'scientists' – one an old school geologist ('Earth scientist'), and one – myself – an ornithologist ('Nature scientist'). If the world is to wait for scientists to resolve Fracking tradeoffs, the world will be waiting a very long time.

An example of the train of arguments that flowed last night were, from the earth scientist, that society needs gas and that there is a long history of technology that exists for removing gas from the earth, to the stage where in the Karoo wells of up to 5km depth (i.e. very deep even by mining standards) will be drilled. Furthermore, fracking in the United Kingdom shows that extraction can be conducted safely and securely.

If the Earth scientist was trying to reassure me that wells of this depth were a ''good' thing because they went well beyond the level of any water table that may be impacted upon, he failed – as 'extreme' mining merely conjured up the recent ecological MEGA-disaster of Deepwater Horizon, BP's fractured well-head in the Gulf of Mexico. Furthermore, in parallel with 'advances' in mining technology there is a litany of ecological mishaps that vary in scale from minor leaks to major leaks that for instance have compromised the health and life-styles of indigenous people of the Peruvian Amazon. To say we have reached the level of technology now that will prevent such mishaps in the future is erroneous to say the least – such arguments have no doubt been used by natural resource extractors over the decades past. Lastly, the example of 'good' fracking seen in the UK, where drilling occurs to depths of only hundreds of meters and is closely scrutinised by one of the world's biggest armies of 'greenies' – cannot be transferred to the Karoo. Its like saying because it snows in the Karoo it will be a good place to have an ice-sculpture competition because they do that in Alaska where it also snows.

Ok – I'm not anti-fracking totally. Well, on a scale of 1 – 10, where 1 is totally against, and 10 is totally for, with 5 being neutral, I'll say I score 4. I would be 5 because I like nothing better than a stir-fry whipped up on a gas hot-plate, but knock a point off due to guilt for using a non-sustainable resource that is in addition contributing in some way to the clouds of green house gases building around us (I'm trying to ease my guilt for that by not using my gas-heater and using a wood-stove instead).

But Fracking in the Karoo? The Greenie in me is shouting – 1! - but the rational scientist in me can't ignore current societies need for gas, coupled with dubious economic benefits that would arise, even if it is just for maintaining the starving Mossgas facilities. Given those I'll score a 2.5 – so I'm subtracting a point because Fracking technology given its reliance on vast quantities of water is NOT suitable for the Karoo. I'm furthermore subtracting a half point due to Shell's appalling environmental track record, and the fact that they tried to bulldoze there way fast and furiously through the EIA process to get at that gas as fast as possible – a fact ably shown by the independent EIA consultant who checked the initial EIA. If it wasn't for Greenies, there would already be Fracking in Karoo. Ignore 'greenies' at your peril. They are the voice of your consciousness perhaps bought by the marketing machines of mega-rich companies with 20 pieces of silver for each of us.

Now onto controversial topic number 2 – wind farms. Any birder is going to be very surprised where this ornithologist stands on this one. Using the same scoring system as above, I score wind energy as 7. Yes, bird-strikes have been used as a major anti wind farm motivator – badly located wind-farms can be lethal for migratory birds, and certain species (vultures to be precise) are very vulnerable to wind turbines, but research has shown that wind-turbines fall several orders of magnitude below the leading cause of bird deaths – those being glass buildings, high tension wires, cats and cars. And that is even before the testing and implementation of bird scaring devices.

So anti wind-farm sentiments (as far as I can tell) appear to be aesthetically motivated more than anything else - “Not in my backyard!”. For me wind-turbines would be a powerful reminder not to take energy for granted. While I can only speak for myself, when I first saw wind-farms 20 years ago while on a cycle trip through western Europe, my impression was one of awe and amazement – giant statues a testament to modern technology and a sign of hope for a cleaner energy future. Isn't it perhaps time that that emblematic structure of the Karoo – the windmill - got a modern day make-over – perhaps we could call wind-turbines i-windmills?

Perhaps as birders we should be asking, which is more important – the loss of individuals of a few species, or total ecological collapse due to pollution of our most sacred building block of life in arid environments? But perhaps this is over simplying things. Importantly, just because one is pro-wind does not mean one should be anti-fracking or vice-versa. They are really 2 sides to the same coin. In my case, I don't like the coin, but need to best figure out how to use it wisely.

Me, I'm going to sign the petition, even though part of me feels it will be like lighting a match to stop a hurricane. Perhaps its my version of Aung San Suu Kyi putting flowers in a gun. There is a reason half of the population of USA does not believe in climate change – its because of the millions of dollars spent in sowing doubt by companies with vested interests in maintaining the status-quo in a supply chain that stretches from oil production to car sales. The same goes for fracking in the Karoo – I have no doubt that it will happen eventually, simply because of the economical value and buying power of the parties involved. Until we change our ways and subvert that market, by recognising the need for change and buying into green energy options, there is only one possible outcome. Since that is not going to happen anytime soon, the best we can do is ensure the job is done properly by letting concerns be aired. Most importantly attempt to bridge the gap between those that hold the economic power and those that will be influenced by that power – the landowners, those with emotional connection to the land, and anyone relying on water in the Karoo.

With that I end – with only a postscript note to say I won't enter a debate with anyone who has not watched Gasland, and has not read Collapse by Jared Diamond. 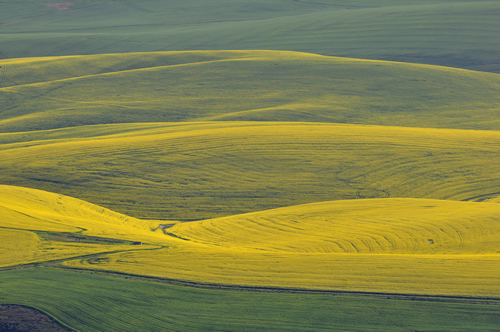