The nice thing about this park is that you are going to see wildlife. We had undertaken a bit of a mad cross Eastern Province dash to get to the gate on time, having left Blue Hill at 11.30. We zoomed past spectacular scenery demanding landscape photos, which we had to ignore with our eyes on the dashboard clock. Thanks to the new tyres on the Jimney, we made it to Cradock (the nearest town to MZNP) just after five, and to the gate by five thirty. No problem! The campsite is 12 km from the gate, and we had to be at reception at 6, No Problem! Except from the moment we drove into the park wildlife was just throwing itself into our path.

There were literally traffic jams of Red Hartebeest, Springbok and Black Wildebeest. If if the Cape Mountain Zebra is endangered, it definitely isn't in this 28 thousand hectare protected area, as they lined the roads to greet our arrival, like striped cheerleaders at fan parade.

And then – to top it all, a Black Rhino had emerged from impenetrable Acacia thicket to check out what all the commotion was about. Black Rhino are one of those species that, like leopard, are often on a park's species list, but that you learn to not to expect to actually see. Given that hundreds are being killed every year for their medicinally useless horns, a sighting of this huge, awesome animal is a privilege. We would later learn why these are still alive – its thanks to a very dedicated team of rhino protectors – but the details of their activities are of course not public information.

Somehow we made it to reception on time, avoiding the euphemistic 'extra charge' for arrivals after 6. We were a bit surprised at how full the campsite was, but again, as if the word was out there were very special guests arriving, and the best campsite had not been taken – on the far side, away from everone – the best place when having to deal with a loud toddler. The next day nearly all the other campers left – we weren't sure if that because of Elena, or because it was Sunday and most were heading back home after the weekend.

Having spent the day in the car the previous day, Anja and I decided to stretch our legs along the 2.5km Black Eagle hike that is located within the fenced off camp area. The night had been surprisingly cold, and it was nice to get out and enjoy some late summer sun. The dassies (rock hyrax) were thinking the same thing. While there was no sign of Black Eagle, Anja got the prize for best spot of the day with an African Goshawk swooping off with a dove. 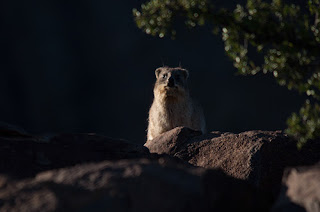 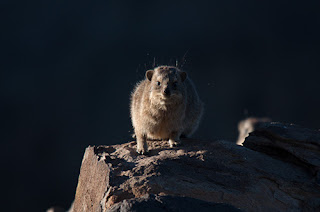 For our afternoon drive we took in the scenic Kranskop loop – partly also be cause we needed a relaxing hour drive during which Elena could take her afternoon nap. Views of the Camdeboo mountains from here are breath-taking. By the time Elena was awake we were onto the bustling plains of the Rooiplaat loop, which is like a buck supermarket, each species wondering around to pick out its favourite brand of grass. We were also excited by our first (of 11) Black-backed Jackal sighting.


After tucking Elena in for the night, I went for a stroll to find the campsite's genet. Every South African National Park campsite must have one. 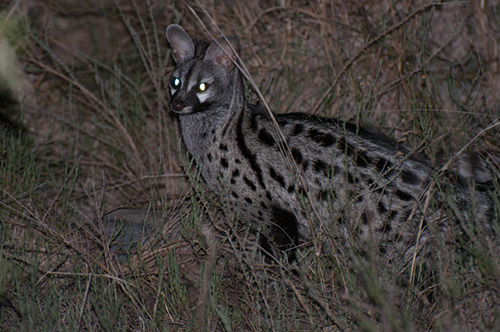 For our second full day we braved the Sonnenrust 4x4 loop, and were yet again rewarded with great plain's game, including Gemsbok and Eland. While Cheetah had been spotted on the Link road the previous day, we weren't so lucky.

Instead, we decided to chill out at the unused Picnic Spots. These are lovely, and both have swimming facilities. The first one also has a resident troop of cheeky Vervet Monkeys.

All in all, three nights was probably just right for a stay at Mountain Zebra National Park. Camping facilities were good, birdlife was great, and another day may have been fun to explore the other 4x4 trails, but we had our next park to get to. Below a small selection of some of the sightings. 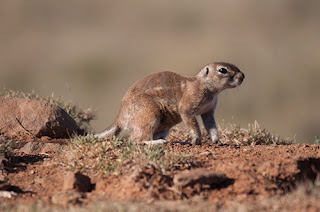 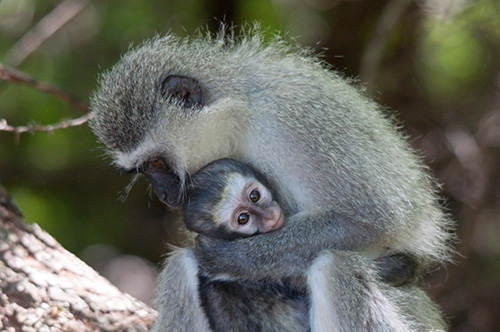 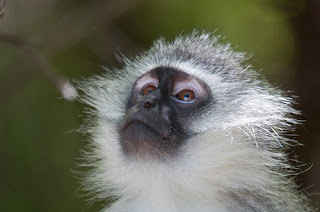 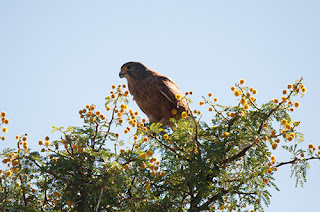