Jane Goodall: 80 years of Good and a message of hope for All.


I was very lucky to be in Cape Town for a special date: the FitzPatrick Institute had arranged for Jane Goodall (of chimpanzee research and conservation fame) for an open talk presented by the Vice Chancellor of the University of Cape Town on Thursday last week.


Those who work in conservation and the environment are usually heavily influenced from an early age by books of a few famous people: David Attenborough, Gerald Durrell – and Jane Goodall. As such, a chance to see Jane present live was not to be missed.

I arrived at the Baxter Theatre almost two hours early, heading straight there from a mind pounding full-day statistical course. The VC talks are free – and so the room was full of students and an air of anticipation. When the doors did open I was able to get one of the first rows of unreserved seats, with a great view of the podium, even though it would be another hour before events started.

The event was officially opened by Peter Ryan, acting Directory of the Percy FitzPatrick Institute, who gave a brief overview of the Fitz and how their contacts had made this night possible.


To set the African ambience a four piece traditional music group (whose name I can't remember) then presented three beautiful pieces of work. With their ostrich feather headdresses they were quite striking. 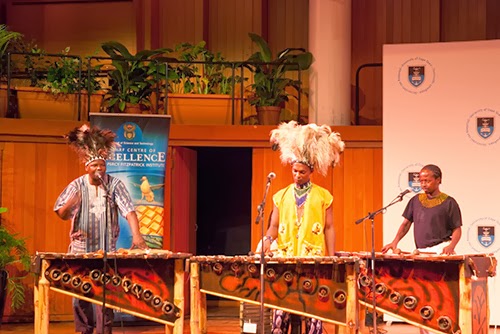 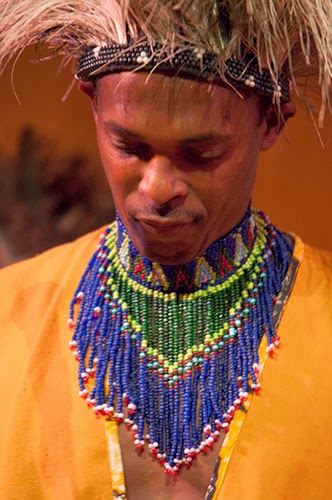 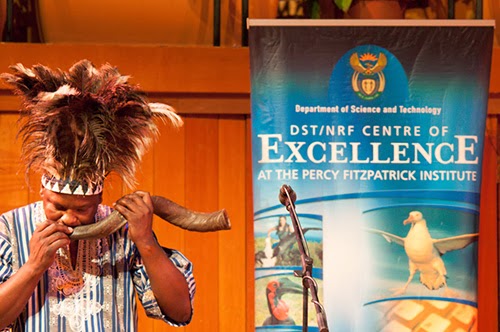 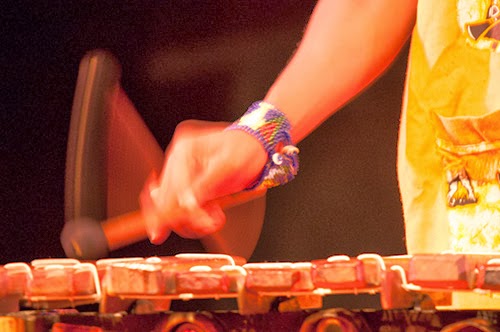 The Vice Chancellor (Dr Max Price) then brought Jane Goodall to the stage, accompanied to resounding welcome applause by the awed audience. Jane smiled and gave the audience an enthusiastic thumbs up. Max ran through a biography of Jane's principal achievements, including her overcoming obstacles of a post-war, post-Victorian conservative era, to the academic challenges of documenting chimpanzee behaviour in such detail for such time – which included the first use of tools and insights into family structure.


During this time, Jane rested peacefully on a chair – she had been busy all day talking to schools in the townships. To thank Max for the introduction, and highlight the similarity of human and chimpanzee behaviour, she demonstrated how a female chimpanzee would greet a dominant male chimpanzee – which apart from a pat on the head is basically a warm embrace. 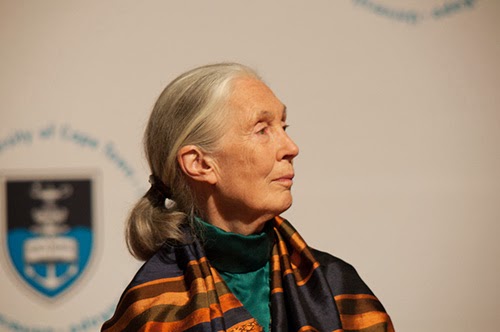 Jane started her talk with tales from her childhood, many of which highlighted the supportive role her mother had played in her development, encouraging her to follow the path she was clearly so passionate about. The young Jane clearly had an inquiring mind –  demonstrated from her tale of the chicken and the egg. Not the question of which came first, but quite simply from where the egg came from, because there was clearly no hole in a chicken large enough for the egg to come out of. She was unsatisfied with the answers she had received from the adults and hid all afternoon in the chicken coop, causing much consternation to her family who were unaware of her whereabouts. But her caring nature was also demonstrated through a tale of taking a handful of earthworms to bed with her.


Her passion for Africa was evident from one of her first book purchases – Tarzan of the Apes – which she read multiple times, with the only disappointment in the tale being that Tarzan had married the wrong Jane!

Jane's first trip to Kenya was by boat around Africa via Cape Town, although her first impressions of South Africa were not favourable due to the new apartheid regimes 'whites only' signs on so much infrastructure. In Kenya she impressed the famous archaeologist/palaeontologist Louis Leakey who assigned her to study the chimpanzees of Gombe, Tanzania (accompanied by her mother) and arranged for her to do a PhD through Cambridge. 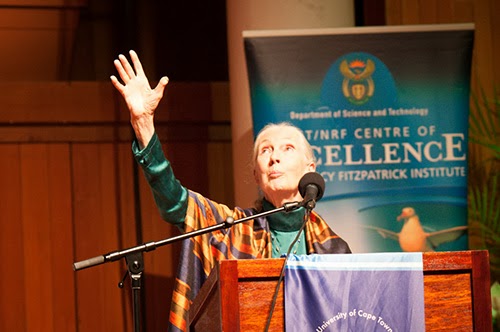 Her work on the chimpanzees was made famous by her two books 'In the Shadow of Man' and 'Through a Window'. Much work on chimpanzees is still carried out through the Jane Goodall Institute. But as time progressed she realised that in order to save the chimpanzees she needed to do more than just research, and had to engage with the human communities whose populations had encroached to the edge of the reserve. This was the start of her 'Roots and Shoots' program, and a change in focus that got her so involved with education and development programs, especially in Asia. Her talks now keep her on the road 300 days a year, amazing considering her age.

While there are many reasons for conservationists and environmentalists to be bleak about the future, Jane did summarize several example of why she has hope for the future.... much of it inspired by the power of the human spirit. Her companion monkey for instance was a gift from a blind man who'd overcome phenomenal obstacles. Likewise, she reminded us of the extraordinary man Nelson Mandela. 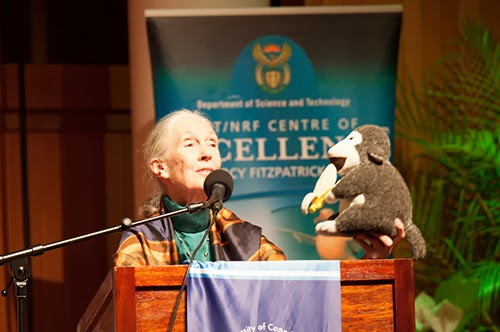 At the end of her talk, she received a standing ovation from the crowd, one of the longest I've ever heard. It was a talk that was so positive and uplifting, and very emotional for some. My overall impression was just “Wow, what a beautiful person.”

Thanks again to Rob Little for keeping me a ticket, and to the Fitz for organising a once-in-a-lifetime event.