I won't deny that I was despondent after the mega Anysberg survey where I searched that mountain from start to finish without sign or sound of Hottentot Buttonquail. What were we doing wrong? I headed home to rest and recover. On the Friday I headed into the Kouga mountains of Blue Hill Nature Reserve where I have heard the birds calling before. I needed to know that if buttonquails were around to respond to playback that they would. At 8am I had stopped and played for the 3rd or 4th time the recording of the hooting call that I had obtained from Antoniesberg to the north. To my surprise and delight about 70 to 100m away from me an answering hoot could be heard. Of course I could not leave it there, I headed towards the source of the sound and played the call again. Again a hooting response was heard, now not more than 30 meters from me. However, that was the last time and while I looked around at intensely as I could for a while afterwards, all I found was a large female boomslang, which slithered away harmlessly.

On Saturday morning I was a bit more upbeat as I drove to Grootvadersbos to meet up with Dale Wright. Dale had organised Petra and Sege to help out as volunteers during the flush surveys. First task though would be to ascend the Langeberg mountains to reach the mountain huts of Boosmansbos that would be our base for surveys over the next 2 nights.

Imagine Dale's excitement when starting off on the jeep track just beyond the forests, a quail flushed from in front of us. “Is that a.... “ “Common Quail” I had to finish Dale's sentence. Dale has at this stage yet to see a Hottentot Buttonquail, so expectations were high as Grootvadersbos is traditionally a well know buttonquail haunt.

It would take us 6 buttonquail free hours to tackle the 14km trail via the steep gorge of Saagkuilkloof, with a few chocolate and water breaks along the way. This is normally the descent route of the the 2 day hike, but I was keen to head this way as the area had burnt 3 years previously and I was wanted to see what the vegetation was looking like. It was looking perfect for buttonquails. Meanwhile, the western route had burnt earlier in the year and based on experiences to date it would be unlikely we'd get lucky along that route.

On reaching the mountain huts the mist set in, but we managed to keep warm enough by candle light as Dale prepared a gourmet camp meal of pasta, veggies and lemon and pepper sauce. Mmmm! With the long day behind us, we were soon all soundly tucked up in our sleeping bags.

At 5am at the crack of dawn the weather looked promising, with the overnight drizzle having cleared, but we had only to put our boots on and hit the trail a few hours later when the rain began again. This was not survey weather, so it was back to the mountain huts for a two hour tea-break.

Setting off again, I was looking forward to reaching the upper ridge – the location of my first ever buttonquail encounter in 2011. But 6 kilometers later along perfect restio dominated avenues we'd mostly just recorded Cape Rockjumpers, with no peep from a buttonquail. And the mist had set in again, so it was a nervous and damp survey team navigating by gps that had to find their way back over the ridge to the valley and camp beyond. Another Common Quail caused our hearts to leap with the mountain huts in sight.

Our third day on the survey we started back down the way we came, packs much lighter, but with the off-trail hiking always tougher than the nice contour route that the paths follow. In contrast the cold weather of the previous two days, it was very warm and then hot within only a few hours of setting off. With very little breeze, our moods made light and merry with the breathtaking views over pink and yellow fynbos slopes to distant Overberg agriculture lands were soon being tested to their limits by clouds of annoying flies set to drown themselves in our eyes and ears. Wear and tear from the previous two days was becoming evident, with blisters and sore knees demanding attention. After the second relatively uneventful stretch of survey where the highlight was the distant rattles of Striped Flufftail, Petra and Sege opted for the path for the final descent, while Dale and I had to do just one more. The final slopes towards Saagkuilkloof had looked so promising, but the slopes that looked like smooth meadows from a distance soon proved to be a barrier of spears in the form of the skeletal branches left from tall Berzelias and other plants killed by the fire some years ago. The going was so tough that at one stage I could no longer push my way through. I had to take my 10 to 12kg rucksack off my back and throw it down the slope in front of me to open the way.

A swim in the river in the valley helped revive flagging spirits for the last stretch home, where more Common Quail taunted us again along the way. At the camp, Dale and I waved goodbye to our brave volunteer assistants, while we prepared for a final nights camping for a survey of the lower slopes the following morning.

The route was mostly through blackened and soggy freshly burnt lower slopes, with another 6km under our belts, taking our flush survey tally to over 100km of surveys completed with zero buttonquails on the score card. As Dale and I gazed the slopes of Grootvadersbos that we had literally surveyed from top to bottom, it was hard to believe that we could have done any more to find our elusive little bird. At times we'd stopped to figure out if the distant, low, “oom ooom ooom” was buttonquail, but invariably it was the noise of distant traffic.

Would Gamkaberg Nature Reserve, next on the itinerary, be the one? Stay tuned for more adventures of the Hottentot Buttonquail survey team.... 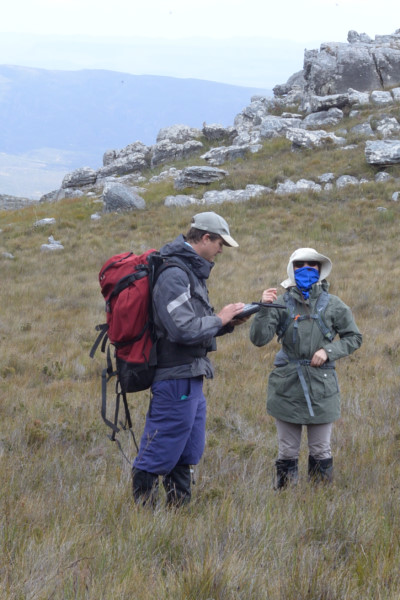 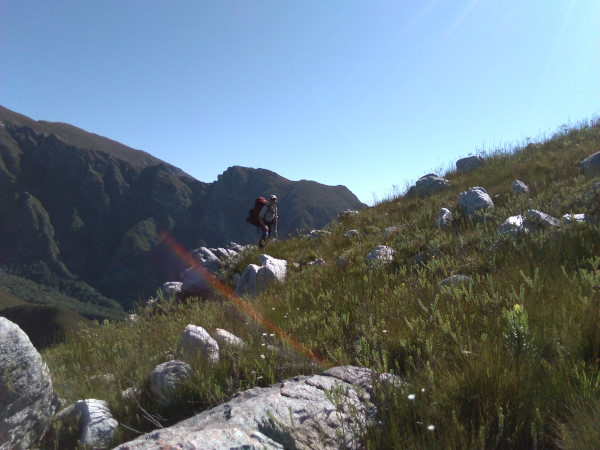 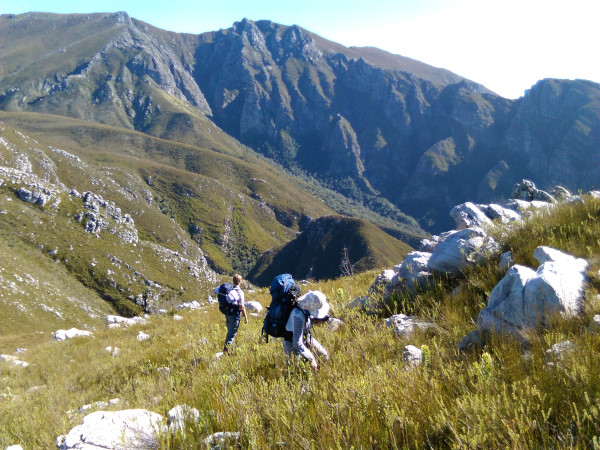 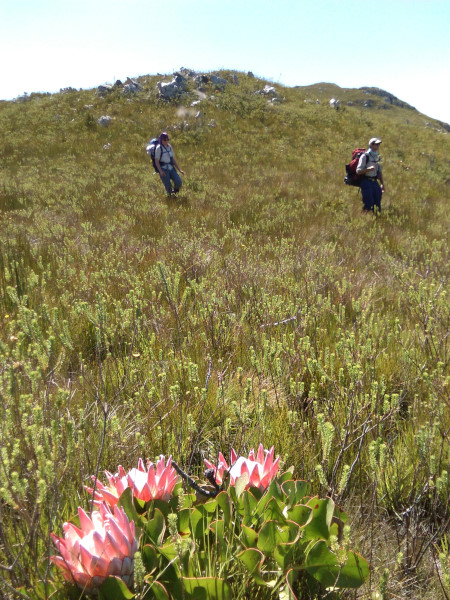 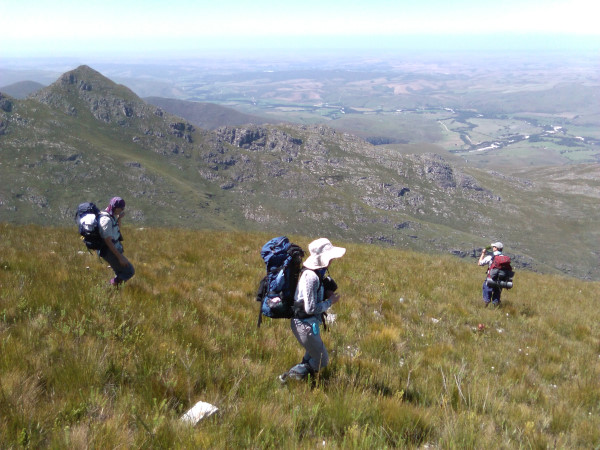