The Western and Northern Cape were in the throws of a heat wave yesterday, with the capital of the Klein Karoo – Oudtshoorn – registering 43C. Our kitchen, at 29C seemed cool compared to the 39 outside.

The consequence of the hot day was a convection thunder storm building up over the Swartberg. By late afternoon, black clouds ruled the sky to the north of us. The storms to the north normally pass us by on their tract eastwards over the country. This one was so big, we caught the edge of it.

As the sun disappeared westwards, I ventured outside to capture some shots of the regular lightning bolts coupled with the clouds glowing red from the reflected fires of a setting sun. 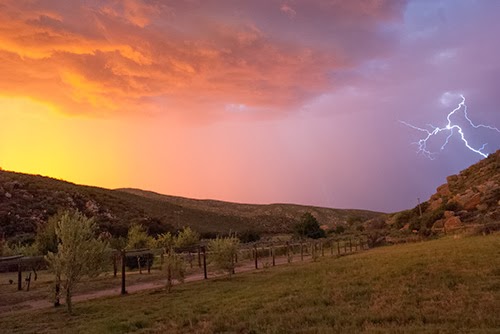 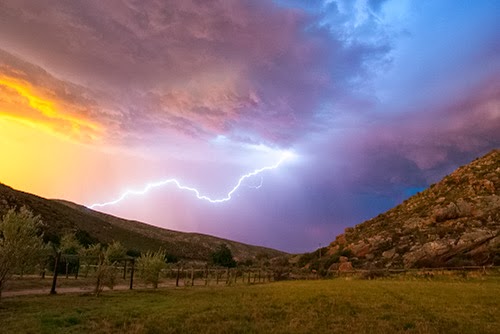 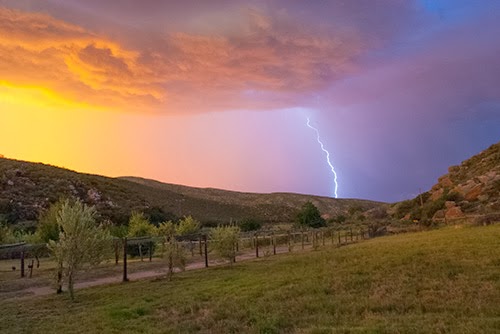 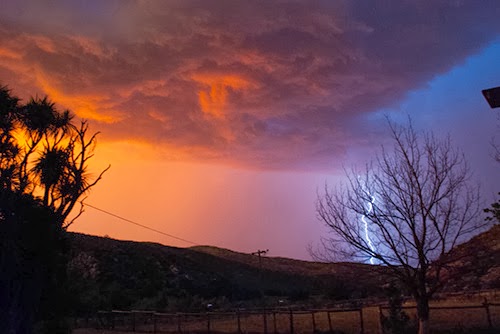 As the last daylight was washed from the sky, the storm edged ever closer, the lightning ever closer, distant rumblings of thunder ever closer – but the constant booming made it impossible to count seconds between strikes and thunder – the classic way to estimate storm distance. The first drops of rain fell, and we retreated inside.

By 8pm there were lightning strikes going on at a rate of at least one per second. It was light as much as it was dark. There was no single clash of thunder... the thunder was just a background concert, demons at the instruments of a discordent The Ride of the Valkyries – that classic Richard Wagner symphony. The occasional strike overhead would ring out like a rifle shot.

But it was the shapes and forms of the lightning that had Anja and I glued to the window. Streaks of jagged light were shooting from one side of the hillside to the other as though Thor and Zeus had decided now was the time for the final showdown, the battle to decide who was to reign as Lord of the Thunder Gods. Over the course of the next hour the battle raged further eastwards, with no sign that a victory would be assured for one or the other. 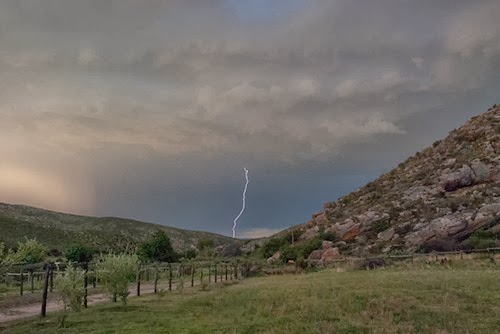 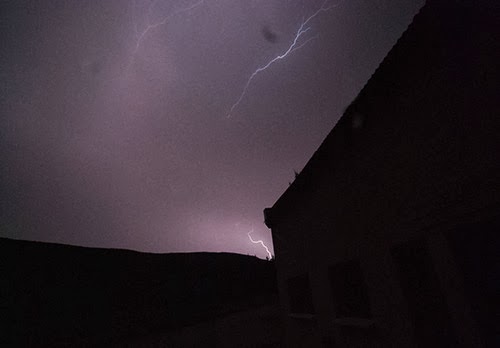 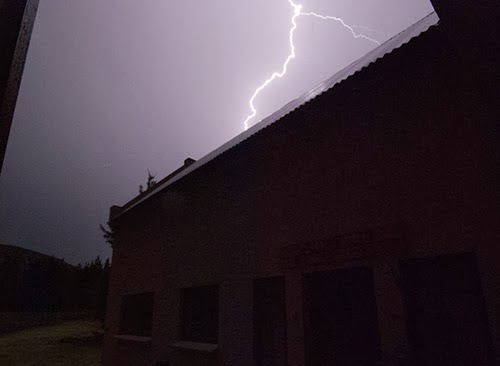 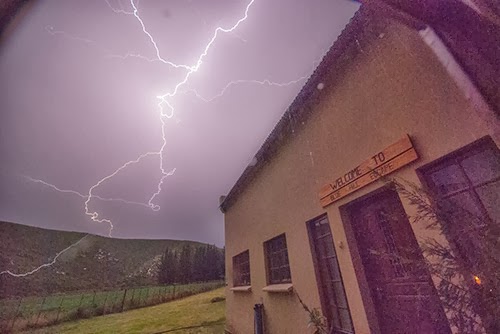 And all of that brought just 4mm of rain.