African Wildcat kills all our chickens

The day started with thunder in the distance, an omen for events that would unfurl that day. I set up nets for the mornings bird capture session as lightning played on the hills to the south. It is August, still winter, but minimum temperature for the day would be 17 degrees – sometimes the maximum for a warm day. Eventually the berg winds bringing hot, compressed air from the arid interior dispersed the storm clouds. I'd caught a Cape Rockjumper and needed to head home.

Scanning the day's headlines I noticed ISIS had blown up another historic memorial; refugees were storming Europe; people were committing suicide due to the Ashley Madison data leak; and stock markets were plummeting. Echoes of a world on the brink.

On attempting to settle down to write the conservation assessment for Cape Rockjumpers, I heard Elena's shouts from the chicken coop. Heading to the kitchen window I saw Elena and Anja running back to the house.

“There's a wildcat in the chicken coop; all the chickens are dead!” was the news.

The wildcat had apparently climbed up some shade cloth we had over the main window of the coop and squeezed in through a narrow gap. The smooth window on the inside prevented it from escaping. It was very thin, with a lame back left leg. Clearly a desperate individual. During its time in the coop it had killed our four chickens and the rooster. 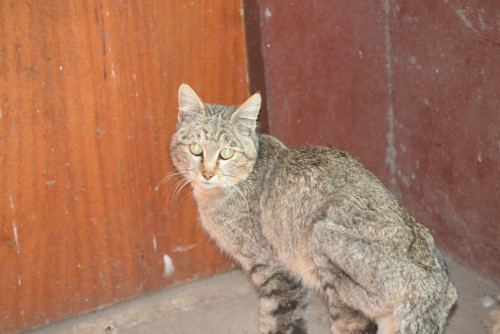 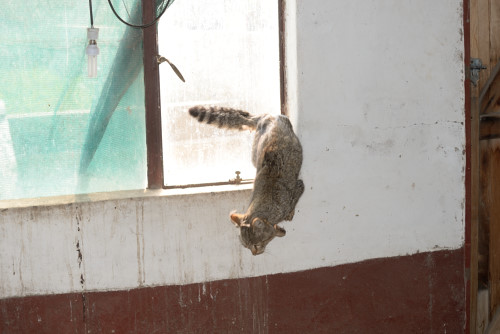 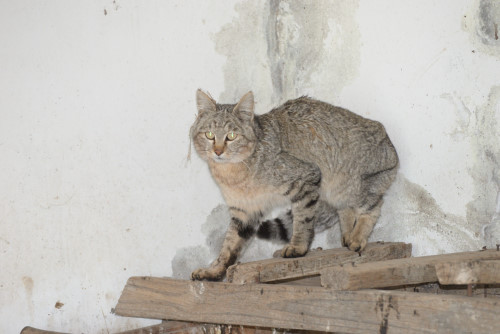 After the volunteers and researchers had had a look we opened the door and let it go. We placed the dead chickens near a camera trap to see if the cat or any other wildlife would return to feed.

These are the results after 5 nights.


We will miss the fresh eggs from our free range chickens, but events like this are part of life if living on a nature reserve: we cannot complain.