While the rest of the team was out today catching more rockjumpers, I was keen to follow up on the male released that was featured in the WAR post. On approaching his territory, I encountered an unringed male in the no-mans land between two territories. Not long after entering blueblackorange territory, I heard an alarm and caught sight of the familiar gliding form down the hill. I had the camera at the ready, and snapped some pics. Very exciting to see that it was blueblackorange and even more exciting to see that he was carrying a beak full of nesting material!

As an aside, did you know this antelope is a Klipspringer, and that means rock jumper in Afrikaans. 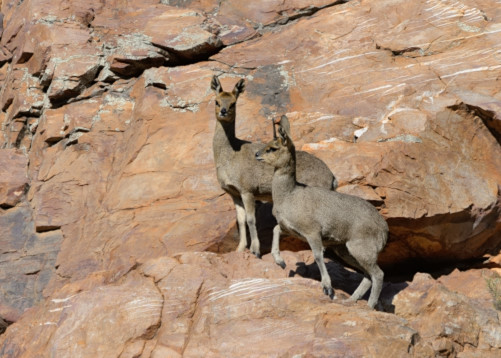